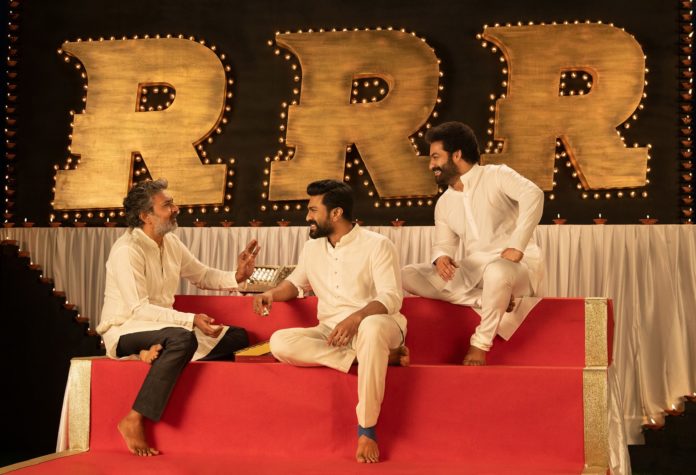 SS Rajamouli is undoubtedly the country’s top director and he is busy carving RRR, a big-budget periodic drama that unites two Tollywood Superstars NTR and Ram Charan. There are strong talks that RRR may hit the screens for Dasara this year and an announcement is awaited. With the summer 2021 chart is completely jam-packed, several big-budget Telugu films and those featuring stars are aiming at a Dasara release. Chiranjeevi’s Lucifer remake, Mahesh Babu’s Sarkaru Vaari Paata, Allu Arjun’s Pushpa and others are in the race.

If RRR gets a release for Dasara, all these movies will be pushed to a later date or Sankranthi 2022. If RRR gets pushed to next year, all these biggies would plan accordingly and will pick up the best available date this year. NTR and Trivikram film will roll this year and the film too is aimed for Sankranthi 2022 release. If RRR is pushed to Sankranthi, NTR and Trivikram project will release in summer 2022. Ram Charan’s next film after RRR too will have to release in summer 2022 if RRR releases for Sankranthi. Apart from these, several filmmakers are waiting for the big announcement of RRR updated release date to plan their releases.

RRR release date will clear paths for many big-ticket films and will help them to plan their release. Rajamouli is keen to make an official announcement about the release date once the shoot of RRR gets wrapped up.