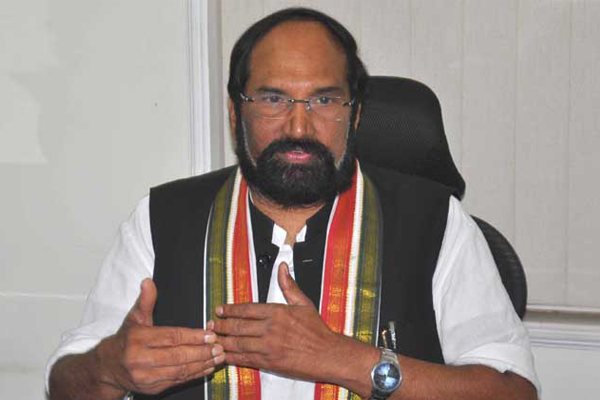 With campaigning on at full swing for the two graduate MLC constituencies that go to polls, the opposition Congress party has accused the ruling TRS of intimdating voters.

Speaking to mediapersons here on Monday, Telangana Congress president N. Uttam Kumar Reddy alleged that TRS leaders are forcing voters to swear that they will vote only for the ruling party candidates.

Stating that such tactics are illegal, Reddy said that they would submit video evidence to the election commission, and demand stern action. “Failure to act would raise suspicions,” he said.

Reddy claimed that a Congress victory in the two constituencies would force the TRS government in the state, and BJP-led government at the centre, to solve problems faced by Telangana’s graduates.

Recalling the horrific daylight murder of a lawyer couple recently in the state, the Congress leader demanded to know why Brahmins should vote for the ruling party.