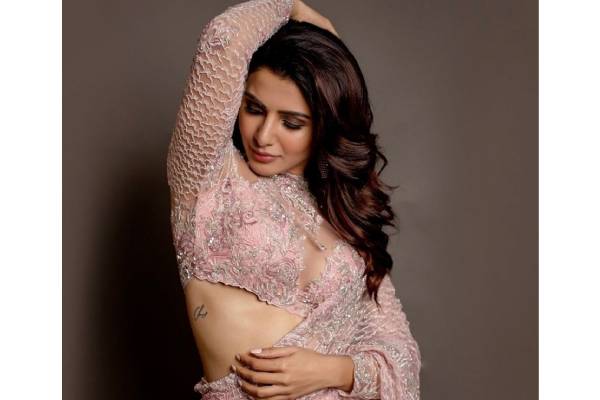 Stylish Star Allu Arjun announced that his next film Pushpa will hit the screens on December 17th across the globe. The Hindi theatrical release hurdles too are cleared and the film will head for a pan-Indian release. Apart from the patchwork, Sukumar has to shoot an item song for the movie. Bollywood beauty Nora Fatehi signed the special number but the makers changed the plans of the song’s shoot due to the delay in the shooting schedules. The actress now walked out of the project due to her other commitments.

Several names are considered and Sukumar’s hunt stopped with Samantha. The top actress gave her immediate nod and allocates dates for the song. Post marriage, this is the first item number for Samantha. The song will be shot in a special set that is constructed in Ramoji Film City from 25th to 30th of this month. The entire shooting portion will be concluded with this song. Pushpa is the costliest film in Bunny’s career and Rashmika is the heroine. Devi Sri Prasad composes the music and Mythri Movie Makers are the producers.