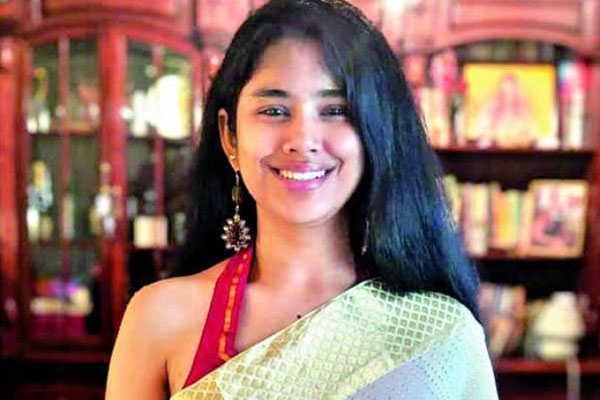 “May I request former Chief Minister @ncbn garu to refrain from bringing in politics to what is a Pusapati family affair. You have mentored a person during whose tenure 150-year-old Moti Mahal was bulldozed, Phool Bagh palace was razed to the ground and the historic fort is in shambles,” tweeted Sanchaita Gajapathi Raju in response to a tweet by former chief minister N Chandrababu Naidu which reads thus , “The MANSAS trust was set up by the Pusapati families with high principles and ideals “The trust controls prime lands of 108 temples including the Simhachalam Devasthanam besides several educational institutions. In view of the high principles and values of the trust, no political party including Telugu Desam Party should interfere in the affairs of the trust.”

“Former CM @ncbn garu should know that the #MANSAS Trust is headed by me, the eldest surviving legal heir of late Ananda Gajapathi Raju. It was usurped by @Ashok_Gajapathi in a mid- night coup even when my father’s ashes were still smouldering, by a GO you issued in his favour,” MANSAS trust chairperson Sanchaita Gajapathi Raju retorted.

While Sanchaita Gajapathi Raju was quick to respond to Naidu’s tweet, why she remained silent when the Jagan government razed to ground the 200-year-old historical monument ‘Three Lanterns Pillar’, popular landmark in the heart of Vizianagaram town? Why she had failed to condemn the YSRCP government’s move to demolition a structure that serves as cultural, emotional and social markers of any city, why she was silent when the YSRCP razed the pillar which was like cutting off some of her own roots? Should petty politics take precedence over history?

Instead of protesting over the demolition of the ‘Three Lanterns Pillar’, Sanchaita has unleashed a full blown war of words in Twitter against her uncle Ashok Gajapathi Raju and Naidu. Surely, “former Chief Minister @ncbn garu has to refrain from bringing in politics to what is a Pusapati family affair.”

Sanchaita Gajapathi Raju should also explain if removing Ashoka Gajapathi Raju from chairperson of Simhachalam Devasthanam trust board was not political interference of the YSRCP g overnment? Demolition of ‘Three Lanterns Pillar’ not deliberate effort to erase the contributions of the Pusapati family to the region?

That begs one to ask the question – is Sanchaita a political pawn being manipulated by the YSRCP president and Chief Minister Y S Jagan Mohan Reddy in order to torpedo his arch political rival Ashok Gajapathi Raju? Political observers think the YSRCP is trying to further wedge differences within the family to score political brownie points. For nearly six decades, there was no dispute in the Pusapati families since the days when PVG Raju served as trustee, later succeeded by his elder son Anand Gajapathi Raju and after his death, by younger son Ashok Gajapathi Raju. Although the relationship

between the families of Ashok Gajpathi Raju and his brother Anand Gajapathi Raju remained strained after the demise of their father P V G Raju, the differences became more accetuated after the political interference of the YSRCP into the affairs of Maharaja Alak Narayana Society of Arts and Science (MANSAS). It is not all honky dory between the two Pusapati – Ashok and Anand- families since. In politics of vendetta, the Jagan government had removed Ashok Gajapathi Raju as the chairperson of Simhachalam Devasthanam trust board replacing him with his niece Sanchaita Gajapathi Raju who is daughter of Anand Gajapathi Raju. This triggered row between the Pusapati families and an open slugfest between Ashok Gajapti Raju and his niece Sanchita.

With over 14,800 acres of prime lands in Visakhapatnam and Vizianagaram districts worth more than Rs 50,000 crore. MANSAS also controls prime lands of 108 temples including the Simhachalam Devasthanam. It is natural then that families war over the vast estates. Battle Royale over inheritance and property is not unique to the Puspati family. Across the country, the royal families engaged in bitter battles be it the Gwaliors, Scindias, Wadiyars, the Gaekwards and the Mewars. In the case of Pusapati family, the interference of YSRCP into the family dispute has worsened their relationship significantly.

On Wednesday, former Union Minister Ashok Gajapathi Raju alleged that the YSR Congress Party government was trying to defame Maharaja Alak Narayan Society of Arts & Science (MANSAS) Trust and grab its valuable lands. “I will not give up my responsiblities because of pressure from the government. I will fight for what are the aims and wishes of the founder of the trust,” Ashok Gajapathi Raju had tweeted on Wednesday.