It is a known fact that Naga Chaitanya’s role in Savyasachi is inspired by Arjuna’s character in epic Mahabharata. Here is an interesting tidbit about the film.

There is a hilarious drama episode in Savyasachi inspired from Mahabharata in which Naga Chaitanya and Vennela Kishore enacted the roles of Arjuna and Krishna. This period scene is said to have come out very well as the humour laced dialogues between Chaitu and Vennela Kishore will leave the audience in splits.

Reportedly, director Chandoo Mondeti has packed the first half of the film with good dose of comedy. Vennela Kishore is going to tickle audience with his trademark punchlines. Naga Chaitanya’s role is said to be one of the major highlights for the film. Savyasachi is releasing this Friday. 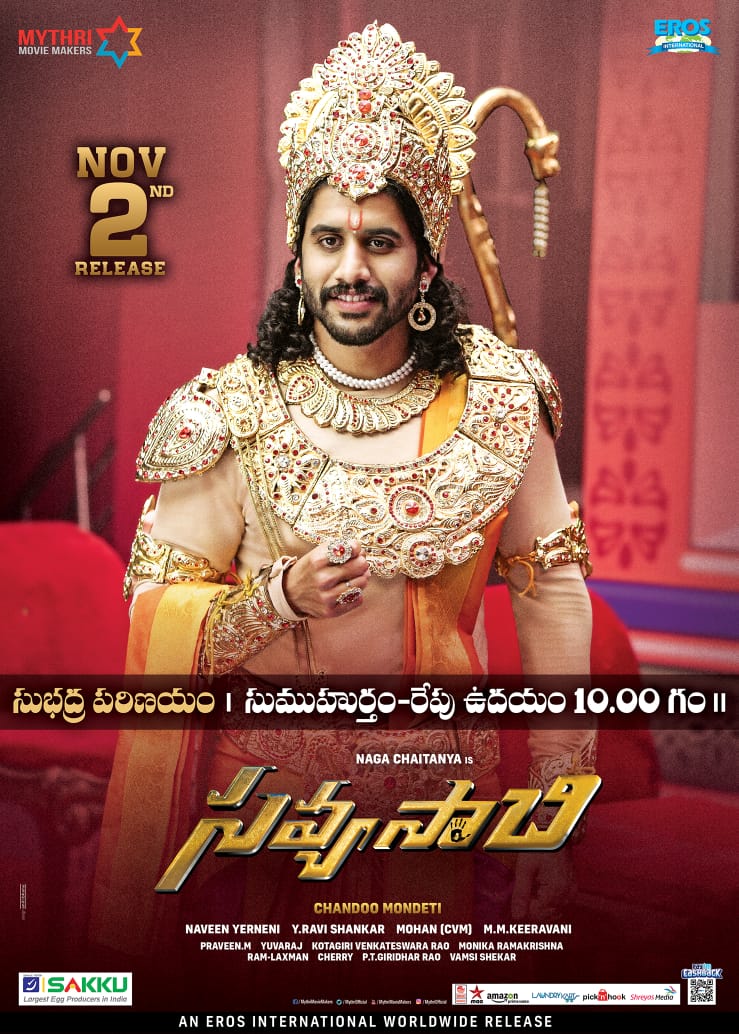