HYDERABAD: Every aspect of modern culture of the Telugu lands  is too deeply steeped in the mire of politics. Celebration and denigration are politically motivated in Andhra Pradesh and Telangana. Media is no exception.

Now, journalists from Andhra Pradesh accuse chief minister Naidu’s government of gagging the media. They said the news channel NTV had been blacked out in the state. They allege that the cable operators have stopped telecasting the news channel in all the districts of AP just because the channel took anti-TDP stance while reporting the cash-for-vote scam.

Banning the “critical” voice is not new in these part of India. Last year, Telangana government reportedly influenced the cable TV operators to stop telecasting of news channels TV9 and ABN in the new state. Because, they alleged, these channels were working against the interests of T-people. Even though the undeclared ban has been lifted on TV9, ABN is still in the blacklist.

While condemning the repression unleashed on the media, we also feel it is our duty to highlight, with equal measure, the audience’s right to receive unadulterated and unbiased news through media outlets, which is not happening in this region.  There is no newspaper or news channel among the toppers that is not owned by political leaders or their supporters. In fact, these newspapers and channels defend their political masters more virulently than the spokespersons of the respective parties. Ask any man on the street of any village or town in AP and TS he would list out names of politicians running the newspapers and channels.

When do the Telugu people get unbiased information so that they can have the freedom to decide upon whom they can support or dump in the dust bin. 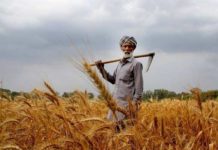 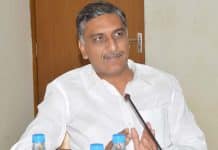