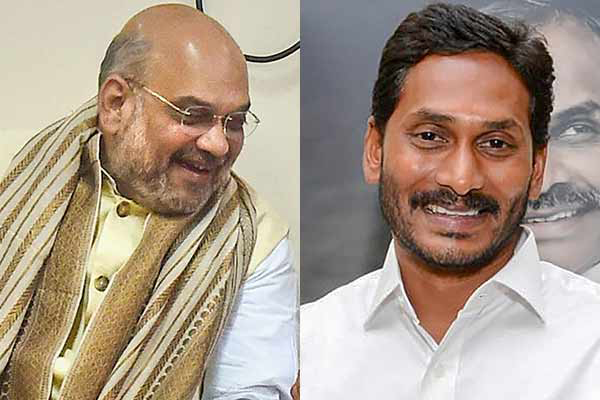 The Prime Minister’s Office (PMO) did not give appointment to AP CM Jaganmohan Reddy in his latest Delhi visit. But on the other hand, Union Home Minister Amit Shah gave appointment because of which Jagan Reddy took a special flight and reached national capital. However, Shah did not care to meet AP CM. Jagan waited for hours together only to Shah but there was no use. In all, Jagan spent nearly 15 hours in Delhi but he had to return without meeting anybody there. This is the second time that Shah gave such a shock treatment to YCP boss. It triggered negative speculation against YCP’s falling prospects in Delhi power corridors. Even YCP MPs are saying that Shah has clearly insulted Jagan by giving appointment first and then not meeting him.

What are the immediate reasons for Shah’s stubborn stand against YCP? This is the subject of debate among Telugu MPs in the national capital now. The Modi government is already giving indications that it will take a serious view of all those who are involved in serious economic frauds. Jagan Reddy is the accused number 1 in the Rs. 43,000 cr CBI illegal assets cases. Shah has got indications that Jagan is eager to meet him regarding these cases rather than AP issues. This is why Shah may be deliberately avoiding a confidential meeting with AP CM.