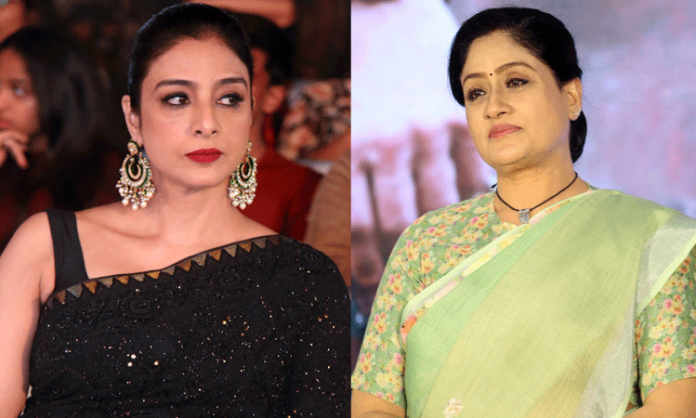 Veteran actresses Vijayashanthi and Tabu returned back to Telugu cinema after more than a decade and both their respective films Sarileru Neekevvaru, Ala Vaikunthapurramuloo released during Sankranthi season. Vijayashanthi who never wanted to return back to films was extremely convinced with Anil Ravipudi’s narration and signed the film. The actress was reportedly paid Rs 3 crores for her comeback. Her performance in the film received top class response.

Tabu is making her comeback to Telugu cinema after a gap of 11 years. After listening to the script, it was Allu Aravind who suggested Tabu for the assignment. It is heard that she was paid more than what she gets for a Hindi film. Tabu too took home a fat pay cheque of Rs 3 crores for her 15 minutes role in the film revealed a source. Though some of them called it a disappointing comeback for Tabu, some of them argue that Tabu’s presence made the film look fresh.

Vijayashanthi and Tabu took home more than the busiest character actors of Telugu cinema charge for a full-length role per film. What a comeback for these beauties.