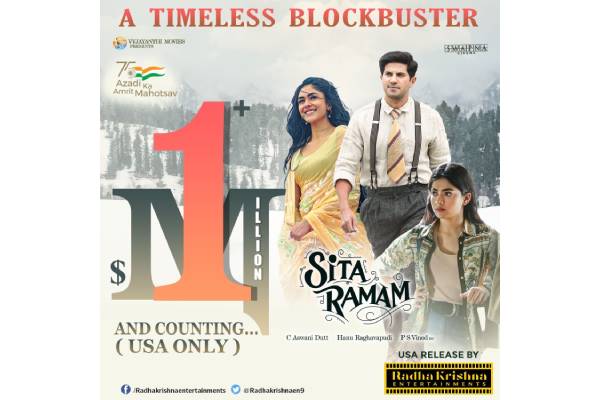 Dulquer Salmaan and Mrunal Thakur’s Sita Ramam is now a one-million dollar film at the US Box office. The movie has entered the Prestigious club with Sunday Pre-sales.

This is a special feat because a non-star movie has got there after two months of absolute carnage at the US Box Office without even an average film.

The film is having excellent second weekend run. It is probably the only film in ages to have such a long run.

The film managed to hold a good number of theaters in its second week despite multiple new releases.

Saturday numbers are superb and the movie is looking rock solid on Sunday as well in both the Telugu States. Tomorrow will also be another big day because of the Independence Day holiday.