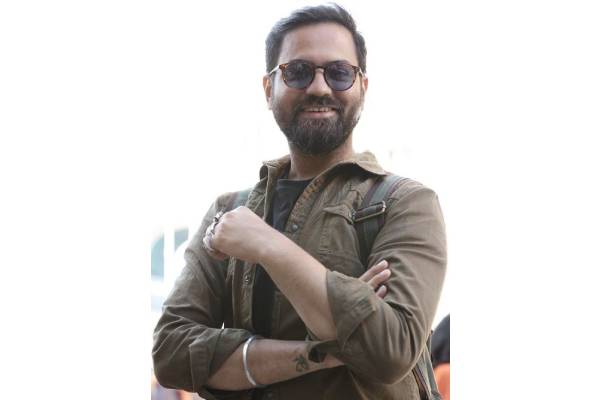 The teasers of Vyjayanthi Movies ‘Sita Ramam’, point to costumes that are subtle, complement the storyline, and reflect the old-world charm of the era in which the story unfolds. All this is thanks to Designer Sheetal Sharma who has designed for many films, including ‘Gangubai Kathiawadi’ in recent times. It was a call from the producer Swapna Dutt that set the ball rolling in February 2021, after which the director outlined his requirements, says Sheetal Sharma.

“Director Hanu was very clear on the thought process, he likes authenticity yet gives space to experiment, his vision was so clear. He wanted the old world charm and the lost beauty of 50s and 60s, so yes there was a lot of research as it’s also a story of a soldier, so he wanted the uniforms to look apt and correct. With the help of my team we started lining up the process, the costume design in Sita Ramam is extremely narrative based and even the colour pallet is purely through the narrative,” Sheetal recalls.

Period movies can be challenging from a costume designer’s point of view. But Sheetal stuck to authenticity for creating the perfect looks for Mrunal, Rashmika and Dulquer Salmaan.

“All 3 characters intervened with each other in the span of 2 decades. 60s to 80s, so each character’s look was based on those eras and hence again with research and keeping the characters real to the space and time added a lot of beauty with simplicity. The camera work, art and production design, has further added an amazing old world charm and beauty in every frame,” Sheetal explains.

With ‘Sita Ramam’ poised for theatrical release, its design aesthetic is set to play a crucial factor with the movie shot in diverse locales like Kashmir and Gujarat, feels the designer.

“Sita Ramam is a love story and it’s one of those very rare films made today where it takes you to the world that existed before. Love in those days was more eternal unlike now, the emotions in the story are so strong and very relatable. For a film with such emotions, I feel design and colours play a very important part and there are senses that will literally give you goosebumps and tears in the eyes. Hence, aesthetics also plays an equally important role. I feel great to be a part of such a film, Hanu explained it so well and I love how Swapna Dutt has the aesthetics of understanding how simplicity can add beauty.”

Directed by Hanu Raghavapudi, this romantic drama set against the backdrop of war follows the love story between a soldier played by Dulquer Salmaan and his lady love, played by Mrunal Thakur. Rashmika Mandanna plays a very significant role as Afreen in Sita Ramam.

Ahead of the release, the makers have shared some awe-inspiring character posters of actors Dulquer Salmaan as Lieutenant Ram, Mrunal Thakur, as the charming Sita, Rashmika Mandanna as the rebellious Afreen and Tharun Bhascker as Balaji which has created a lot of buzz and anticipation among the movie audiences.

Backed by Ashwini Dutt and Priyanka Dutt under the banner of Swapna Cinema, Sita Ramam is being presented by Vyjayanthi Movies and features Sumanth, Gautam Menon and Prakash Raj in important roles. The film features camerawork by PS Vinod and Vishal Chandrasekhar is rendering the music.

Sita Ramam will arrive in theatres worldwide on August 5 this year, in Telugu, Tamil and Malayalam.