Former MLA and senior TDP leader Bonda Umamaheswara Rao on Thursday felt that the behaviour of some of the YSRCP leaders is very despicable and the video of Hindupur Lok Sabha member Gorantla Madhav that is going viral on social media speaks volumes about the reprehensible conduct of their party leaders.

Umamaheswara Rao told media persons here that the behavior of YSRCP MPs, Ministers, former ministers, MLAs and other party leaders is very disgusting. The YCP leaders are acting so disorderly. When the video of Madhav sexually abusing a woman is going viral on social media, he is shamelessly denying the fact, Umamaheswara Rao said.

Can another YSRCP MP Vijayasai now tweet not to take action against Madhav, the TDP leader asked. As per the election affidavit, cases under Section 376, Section 302 and Section 506 are pending against Gorantla Madhav, Bonda Uma pointed out.

In fact, it is Chief Minister Jaganmohan Reddy, who is responsible for this kind of sickening behaviour of his party MPs, his Cabinet colleagues, former ministers, MLAs and other YSRCP leaders, he stated.

“In the past too, we all have witnessed the video in which Minister Ambati Rambabu made some objectionable remarks against a woman. Jagan Mohan Reddy shamelessly accommodated him in his Cabinet, the TDP leader remarked.

The audio of another YSRCP leader Avanti Srinivas telling a girl, “Come in half an hour, I will send you back in half an hour” also went viral. “We all know how Jogi Ramesh, another party leader, sexually abused woman volunteers in a drunken state in Pedana,” the former MLA said adding that these are the facts before the people and not allegations made by the TDP.

Observing that there is no protection for women in the State, Bonda Uma said the present condition in the State is such that women are now afraid of coming out of their houses. It is becoming difficult for women to escape from persons like Gorantla Madhav, he remarked. When a fellow MP is threatening women in New Delhi with such objectionable vidoes what Vijaya Sai Reddy is doing there, he asked. 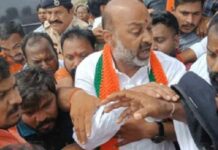 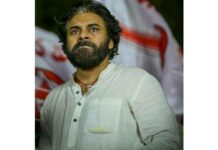