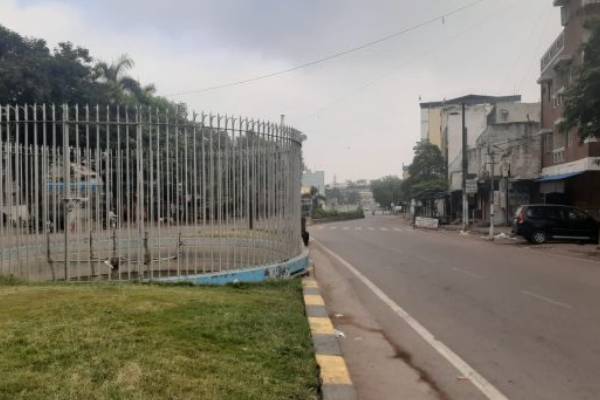 While the world, divided, yet seemingly united in their spirit to fight the corona virus, the two Telugu states seem more divided than united in allowing their own people into their respective borders. The national spirit of shared challenge and commitment seem to be at odds in Telangana and Andhra Pradesh. The glue binding Telugu speaking people was undone after the bifurcation of the two states. Could the fight against the coronavirus forge the two states, once more, into a unified state, or will the deadly global corona terror become just another front in the partisan war? The latter seems far more likely.

People across the two states face a common enemy, which doesn’t distinguish between Telangana, Andhra or Rayalaseema. But even the coronavirus cannot seem to overcome the divide. The two states have sealed inter-state borders as part of complete lockdown to contain the spread of the virus. There is no problem here. The problem, however, erupted after the Hyderabad police handed out One Time Pass or No Objection Certificates to thousands of students, IT and private employees permitting them to visit their homes in Andhra Pradesh. The hostel managements have shut down hostels, forcibly evacuating thousands of hostellers. With the hostel managements closing down the accommodation facilities and forcing them to vacate, thousands of hostelries’ mainly students and employees, approached the Hyderabad, the Cyberabad and the Rachakonda police who gave them No Objection Certificates or One Time Pass to leave Hyderabad.

IT minister K T Rama Rao had issued a directive to the authorities concerned that the hosteliers cannot be evacuated forcibly by hostel managements. Immediately, Director-General of Police M Mahendar Reddy on Wednesday gave stern warning to the managements of hostels that they cannot pressurize the inmates to vacate and that action will be taken if hostel managements fail to accommodate the hostellers. By then, the damage was already done as people in droves hit the roads.

The NOC solution seemed to have created a bigger problem with Andhra Pradesh strictly enforcing the lockdown by asking the returnees from Hyderabad to remain in isolation for 14 days. The act of social distancing is medical rather political.

The situation seems to have snowballed into a sensitive issue between the Telangana and the Andhra Pradesh governments. Although the chief ministers of both the states K Chandrasekahara Rao and Y S Jagan Mohan Reddy seemed to have come into some agreement, people continued to be stranded people at Guntur, Vijayawada, Kurnool and Krishna checkposts bordering the two states with both the governments barring entry into their respective states.

At Pulluru checkpost near Nandyal in Kurnool, hundreds of students, IT and private employees including pregnant women were stranded after the Telangana police have barred their entry into Telangana. Thousands of hosterliers who left Hyderabad were stranded at the Damarcherla, Kodad and several other checkposts bordering Telangana and AP. Students and employees have left Hyderabad to their villages in AP on their private vehicles after getting a NOC from the Hyderabad police. The AP police stopped the entry of thousands of students on the ground that their entry will not be allowed without medical check-ups in view of the deadly corona virus. The police asked the stranded people to follow the mandatory 14 day home quarantine rule. Angry hosterliers from Hyderabad questioned why the AP police were not permitting their entry into the state despite the Telangana government issuing NOC letters to them. They wondered if they were coming from Italy or Spain, the two countries severely hit by Covid-19, or from neighbouring Telanagana.

It remains to be seen if the standoff will continue or will both the governments amicably resolve to protect people and hold things together until the tempest abates. As the coronavirus shut down their daily routines, some Telugu students and IT employees have expressed the hope that the crisis would at last “bring us together” – or at least restore some sense of a shared national fate. However, that is not to be. COVID-19 is unlikely to become the bond Telugus so desperately crave. But in this moment of crisis, the portents seem not good for such unity as the sudden emergence of a killer disease rampaging and dividing country from country, state from state, village from village. Corona has redefined the old dictum ‘United we stand, divided we fall.’ As the contagion grips the world, governments have been appealing to people that the only way to stay united is to stay divided. Corona also taught us a new and fast catching phenomenon of social distancing.