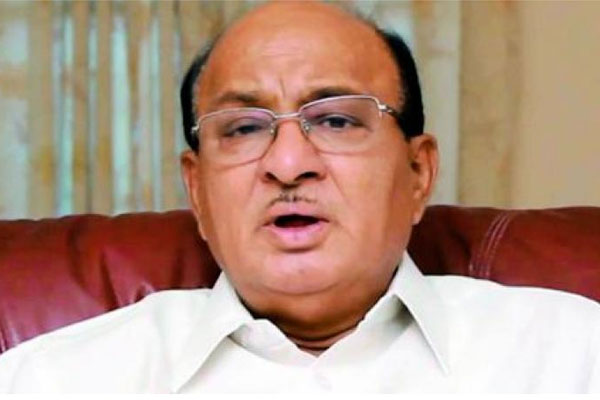 The ruckus in the TDP over senior MLA and founder member Gorantla Butchaiah Chowdary’s defiance has ended with party supremo Chandrababu Naidu having an hour-long one-on-one with Butchaiah. During the meeting Butchaiah has told about his concerns about the loyal party workers being sidelined in the party. Butchaiah appeared satisfied that Chandrababu gave him a patient listening. The storm in the TDP cup seems to have blown over.

On his own admission, Butchaiah has raised the issue of loyal party workers being ignored in the party and turncoats taking prime positions. He told Chandrababu about the problems he is facing in Rajahmundry. She raised the issue of how he was made to shift to Rajahmundry rural seat instead of his traditional borough of Rajahmundry urban. He said this was done to help the defectors, who joined the party recently. Butchaiah further said that several of the loyal and hardcore party workers were suffering due to the oppressive policies of the YSRCP government.

Butchaiah was accompanied by senior party leaders Nallamilli Ramakrishna Reddy, Gadde Rammohan and Nimmakayala China Rajappa. Later, he met Chandrababu and both the leaders were closeted for over one hour. Chandrababu reportedly gave him a patient hearing. Later, Butchaiah appeared quite satisfied.

Butchaiah has threatened to resign from the party and from his MLA post and gave a deadline of August 25. Meanwhile, he fell ill and had to be admitted in the hospital. Meanwhile, Chandrababu Naidu had a telephonic talk for some 20 minutes with Butchaiah. Later senior leaders Chinarajappa and others met him and discussed his grievances. Later, Butchaiah agreed to meet Chandrababu Naidu.