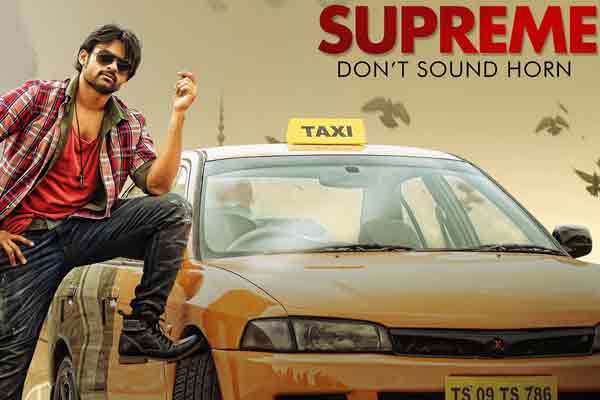 Mega hero Sai Dharam Tej is on the top of his game after scoring back to back hits with Pilla Nuvvu Leni Jeevitham and Subramanyam For Sale. The Rey actor is currently busy shooting for his upcoming action entertainer Supreme which has him playing a cabbie. Rashi Khanna is the female lead and she will seen as a cop in the film.

Anil Ravipudi of Pataas fame is directing the film and Dil Raju is producing it. Sruthi Sodhi, who made her debut in Pataas, is essaying a crucial role in the film and she will sizzle in a special song.