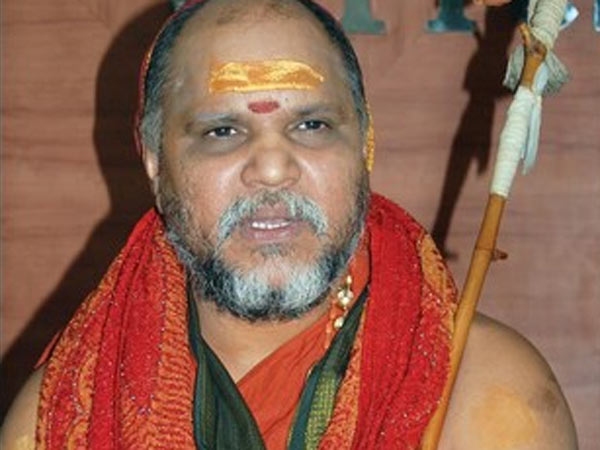 Visakha Sarada Peetham Swamiji Swaroopananda dropped a political bombshell once again. This time, he used the Telugu Ugadi celebration time to target his political rivals. The Swamiji held a ‘panchanga sravanam’ at his ashram premises when he foretold all good things for his favourite Telugu Chief Ministers K Chandrasekhara Rao and YS Jaganmohan Reddy. At the same time, he said the planets were not favourable but yet the Telugu States would have no problems this year.

Swaroopananda further gave a lot of hope for the Jagan Reddy regime saying that there would be no financial problems of any sort for Andhra Pradesh. The State economy would see a robust growth with prosperity knocking at the doors of all sections of people. The overall AP situation would be favourable.

Swaroopa has thus foretold all good things for his political sweethearts. At the same time, he made a special mention of a top leader who would face more serious problems in this ‘Plava Nama’ year. The Vizag Swamiji has meticulously avoided naming this particular top leader. He has also not said the sort of problems that this top leader would have.

Political circles are speculating that there is no doubt that Swaroopa is referring to the TDP boss and that is obvious. Why would Swamiji avoid naming the top leader when he had mentioned the names of KCR and Jagan?