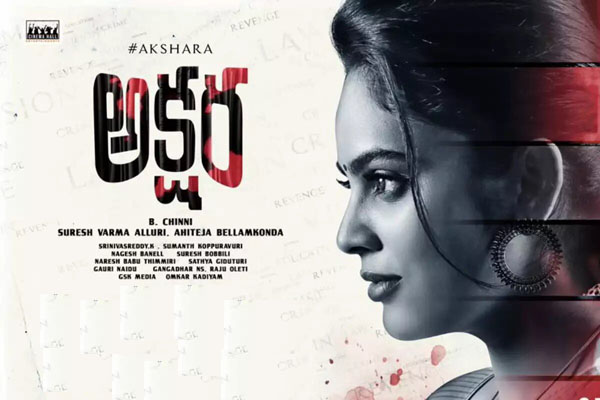 Nandita Swetha who impressed the audience with her performance in Ekkadaki Pothaavu Chinnavada hasn’t tasted success in the recent years. The actress will be seen in the title role in Akshara, a film that raises hands against the corporate education system. B Chinni Krishna directed Akshara and Nandita Swetha, Sriteja, Sanjay Swaroop, Harshavardhan, Shakalaka Shankar, Madhu and Satya played the lead roles. Suresh Bobbili is the music director and Cinemahall Entertainments are the producers. Akshara released across the globe today and here is the review of the film:

Akshara is a take on the corporate education system that is mounting pressure on the students and is the reason for the suicides of hundreds of students. Though the news made it to the headlines several times, no one from the government tried to address and resolve the issue. Akshara (Nandita Swetha) joins Vidya Vidhaan Institutions as a Physics professor which is run by Sanjay Bhargav (Sanjay Swaroop) who is a typical businessman. Sanjay is focused on ranks and is never worried about the students and their lives. Sri Teja (Sriteja) falls in love with Akshara and on the day he proposes, Akshara kills him. The rest of Akshara is about the back story and the real identity of the girl. Watch the film to know about the flashback.

Akshara opens on a dull note and is filled with unwanted entertainment that makes no impact. Forty minutes into the film, Akshara offers nothing. The interval episodes are good and the rest of the first half makes no relation with the major concept of Akshara. Except for the flashback episodes, the entire Akshara is a huge misfire. Shakalaka Shankar, Madhu and Satya try hard to fit well in the poorly written roles and comic episodes. The flashback episodes in the second half is the only savior for Akshara and the climax looks outdated, rushed.

Akshara is a film that has a plot that was never discussed on silver screen but it is because of the poor execution, the film falls flat. The audience will be left irritated with the slow-paced narration and the poorly written script. The technical aspects too fail to live up to the expectations except for the decent production values.

Nandita Swetha does a decent job in the role of Akshara. She shines in the role with dual shades. She does her role well in the emotional episodes. Sriteja has a small role and he did his part well. Harshavardhan and his performance are one of the major highlights of Akshara. Shakalaka Shankar, Madhu and Satya try hard to fit well in the poorly written roles. Sanjay Swaroop performs well in the role of a businessman who is focused on ranks. All the other actors lived up to their expectations in their limited assignments.

Akshara is a film that has enough scope to discuss well about a burning issue of the current education system and the suicides of the students. But the film falls flat because of the poorly written script and the outdated direction. Chinni Krishna fails completely as the entire film except the flashback is uninteresting. The music is ok and so is the background score. The production values are good and the cinematography work looks decent.

Akshara fails badly because of the treatment. Though the film has an interesting plot, it was never explored well. Poor writing and presentation make it fall flat. 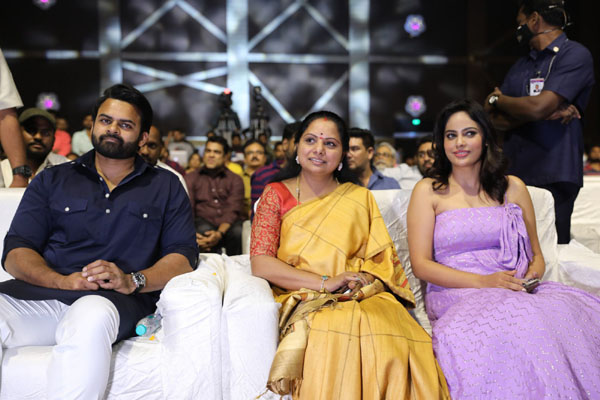 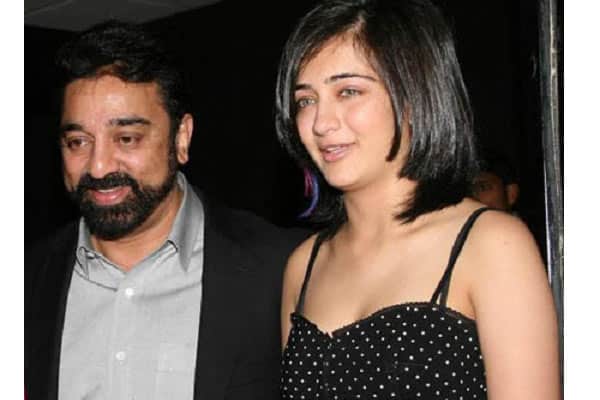 Actor-filmmaker Kamal Haasan on Thursday said he will watch his daughter Akshara Haasan’s Tamil debut film “Vivegam” with her in the theatre.

The film, starring Ajith Kumar in the lead, hit the screens on Thursday.

Akshara plays a hacker in “Vivegam”, which is directed by Siva and it marks his third time collaboration with Ajith after “Veeram” and “Vedalam”.

Tipped to be a spy thriller made on a lavish budget, the film features Ajith as a secret agent.