Ex-MLA Amanchi gets permission to attend CBI later this week 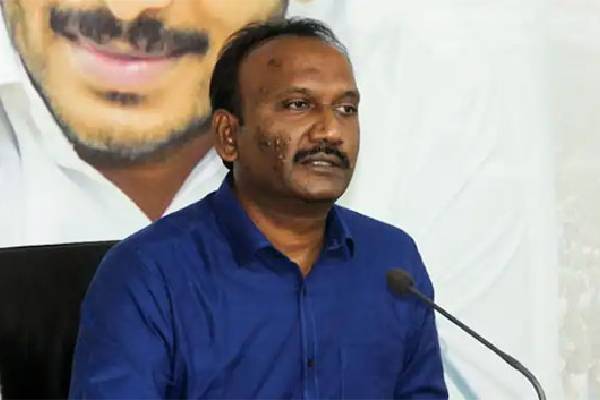 Amanchi Krishna Mohan is accused of speaking against the AP high court judges. The CBI is investigating into the case filed against over 90 persons for speaking and writing against the judges in the media and social media.

Krishna Mohan spoke in the media against the judges and accused them of partiality, while several others wrote against the judges, personally abusing them. The AP high court had transferred the case from the state police to the CBI, which arrested over 20 persons so far in the case. Some of them were sent to jail and are now on bail after serving more than 90 days.

Krishna Mohan was asked to appear before the CBI at its camp office in Vijayawada on Wednesday for questioning. However, Krishna Mohan told the CBI senior officials that he has some important engagements to attend and would come sometime this week.

The CBI had blocked the social media accounts of all the accused in the case, including NRI Punch Prabhakar, who is a resident of the USA. However, Prabhakar has opened a fresh account and continues to operate it, while the CBI is yet to reach him. 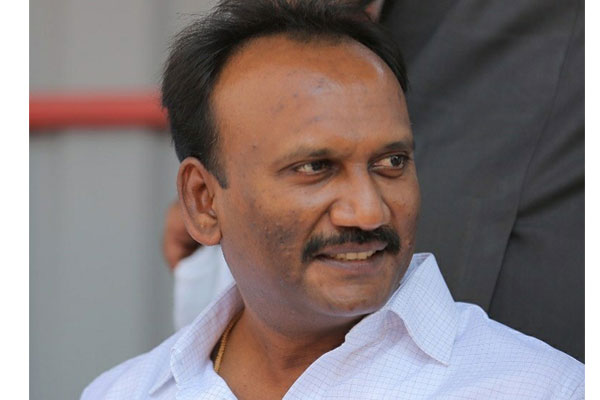 Former MLA from Chirala and ruling YSR Congress leader Amacnhi Krishna Mohan received yet another notice from the CBI to appear before it on Wednesday. The CBI had asked the former legislator to attend the questioning at its camp office in Vijayawada.

The former legislator had attended the questioning by the CBI in the past in Visakhapatnam. The case was booked against Amanchi Krishna Mohan and 90 others in November last year.

The state police have booked the cases on all those who accused and abused the judges through their posts in the social media. However, the high court had transferred the case to the CBI for speedy investigation.

While some of them were arrested and jailed, the CBI is yet to arrest several others. The CBI is finding it hard to arrest Punch Prabhakar who lives in America. Though the CBI could get his social media accounts closed, the NRI had opened fresh accounts and continues to challenge the cops.

It is to be seen what the CBI would do when Amanchi Krishna Mohan turns up before its camp office in Vijayawada on Wednesday. 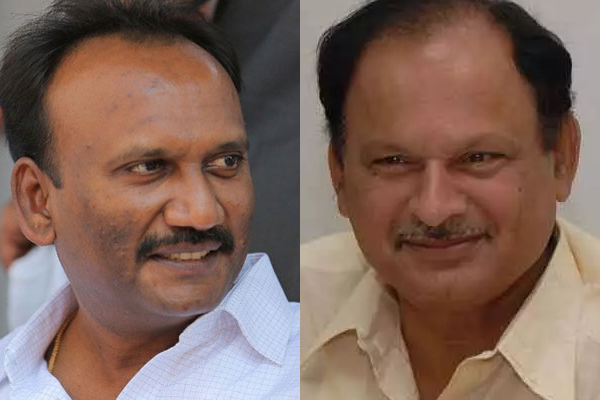 Who will YS Jagan prefer between two defectors? This is the biggest question being asked in the political circles of Prakasam district. There are two warring politicians who have their fortunes linked to Chirala. One is former MLA Amanchi Krishna Mohan and the other is present MLA Karanam Balaram. Both are locked in a battle for supremacy.

Amanchi, who is from Pandillapalli village in Vetapalem mandal. He became an MLA in 2009 and then in 2014. The first time he had won as an independent, but the second time, he was a YSRCP candidate. However, he later shifted to the TDP. Ahead of 2019 elections, he had come back to the YSRCP to contest elections again. However, he was defeated by old warhorse Karanam Balaram. Though Karanam won, the real power lay in Amanchi’s hands as his party was in power.

But, Karanam turned the tables by joining the YSRCP. Since then, the battle for supremacy intensified between the two leaders. Karanam practically became the incharge of Chirala, but is being challenged at every step of the way by Amanchi. The latest fight is over the sarpanch post of Ramannapeta village. YS Jagan preferred to support Karanam Balaram.

However, whether Amanchi, who has worked very hard in Chirala and cultivated his own cadre of supporters, will agree to this arrangement is not known. Will he relent or rebel? Will he silently move to Parchur and grab the MLC post? Let’s wait and see if Jagan’s formula works or not.

Dr Sudhakar Rao was dragged on the streets, his shirt removed, his both hands tied with a rope while a constable repeatedly delivered blows with his lathi. Yet, YSRCP leader Amanchi Krishna Mohan thinks all this amounts to a petty case, one that does not merit a CBI investigation.

The YSRCP leader on Saturday found fault with the High Court for directing the country’s premier investigating agency to probe the police highhandedness against Dr Sudhakar Rao. “It’s a petty case. For every petty case, a CBI investigation should not be ordered. The High Court ordering CBI probe has suprised everyone in the state,” he said. He didn’t stop there. Fuming at the HC directive, the YSRCP leader further said people will lose faith in the courts with such directives. “It is not correct to comment on court verdicts, but it is not correct on the part of the court to order a CBI probe,” he commented.

The YSRCP leader said that he would have undertook an agitation against the court directive but the lockdown has stopped him from doing so. “If every petty is handed over to the CBI, then the central government should set up a CBI office attached to all the police stations in the state,” he said.

It may be recalled that the senior doctor from the Narsipatnam Area Hospital was suspended for raising voice of dissent regarding the shortage of masks and other medical equipment like PPEs in government hospitals. He was later detained by the police for allegedly causing nuisance on a main road in Visakhapatnam. The doctor, according to the police, created nuisance in an inebriated condition. Videos that went viral showed a bare chested Dr Sudhakar Rao lying on down on the road, the police tying his hands up even as one constable hits him with a baton (lathi). The police later bundled the doctor into an auto. He was later shifted to King George Hospital, where doctors found him in an inebriated condition. He was subsequently referred to Government Hospital for Mental Health, where he was under treatment for acute and transient psychosis.

The police booked the doctor under Sections 353 (Assault or criminal force to deter public servant from discharge of his duty) and 427 (Mischief causing damage to the amount of Rs 50).

The Andhra Pradesh High Court on Friday directed the CBI to probe into the high-handed behaviour of the police against Narsipatnam area hospital civil assistant surgeon Sudhakar Rao. Further, the High Court directed the CBI to register a case against the Vishakaptanam police for physically assaulting the doctor. The High Court also took a serious note of a magisterial probe report that found physical injuries on the doctor after he was beaten up by the police and wondered why a report submitted by the state government did not make any mention of injuries.
Earlier, the High Court directed the Visakhapatnam sessions judge to record the statement of a suspended government doctor allegedly manhandled by the police in full public view in Visakhapatnam last week.

Sudhakar Rao’s mother Kaveri Rao condemned the police action and said his son had no mental health issues. She hailed the High Court verdict of CBI probe into the incident and hoped that justice will prevail. “I have no faith in the AP police. The police kicked him and treated him in most inhumane manner. The way he was taken into custody by tying his hands with a rope clearly showed that he was targeted because he raised his voice against the shortage of PPEs. He faced both physical and verbal abuses since the day he raised the issue of shortage of medical equipment. I have total faith in the justice system. I hope the courts will restore the dignity and honour of my son,” Kaveri Rao said on Friday.

The video clips of police tying the doctor’s hands behind him, dragging and manhandling him triggered outrage with the opposition parties, doctors’ associations and Dalit groups condemning the police action. TDP president and former chief minister N Chandrababu Naidu alleged that the YSRCP government treated the doctor with vengeance for criticising it over not supplying masks to the doctors. However, the YSRCP alleged that the doctor was ‘in cahoots’ with the TDP to malign the government.