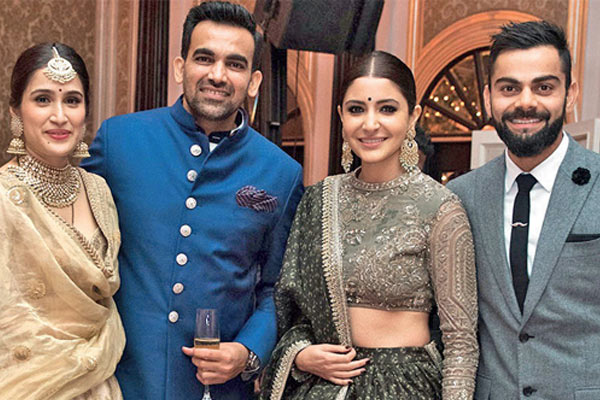 Zaheer Khan, who played all forms of the cricket for India from 2000 till 2014, tied knot with Sagarika Ghatge, an Indian model and film actress. Do you remember Sharukh’s Chak De India movie? She is the one who portrayed the role of Preeti Sabarwal in that super hit movie. While these newlyweds themselves were a sight for sore eyes, Virat Kohli and Anushka’s dance in their wedding reception party left the guests gasping for breath as they set the dance floor on fire.

One more interesting observation is both Yuvaraj and Zaheer were cricketers and married actresses. Virat and Anushka, meanwhile, have kept their fans wondering as to when they are finally tying the knot. 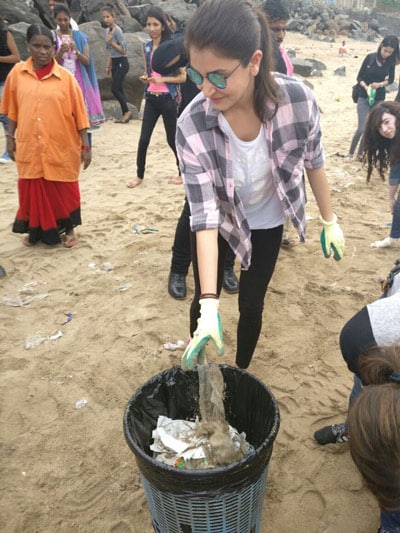 Actress-producer Anushka Sharma, who was nominated as a Swachh Bharat Abhiyan ambassador, has lent her support to the cleaning of a beach here.

Anushka on Friday shared a series of photographs in which she is seen cleaning the Versova beach.

“‘An ounce of practice is worth more than tons of preaching’ – Mahatma Gandhiji. Swachh Bharat. Swachhata Hi Seva,” she captioned the image.

Earlier this month, Anushka was invited by Modi to be a part of his government’s ‘Swachhata Hi Seva’ initiative. Apart from the actress, Modi had also invited Malayalam superstar Mohanlal to be part of the movement.

On the acting front, the “NH10” actress is currently busy with her next production “Pari”.

She is also launching her clothing line which will be out on October 3.