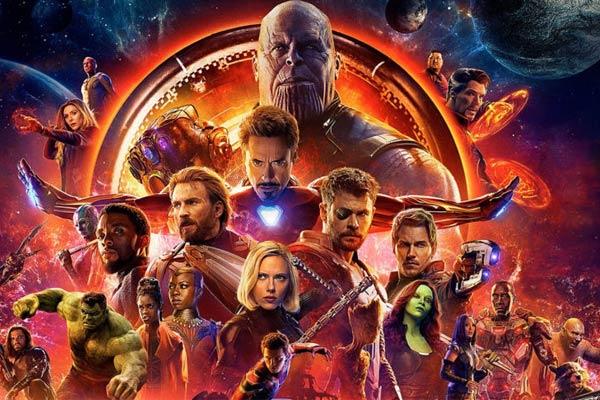 Hollywood’s biggest tentpole film of the season, Avengers Infinity War is living to its hype and hysteria among Indian audience with a superb box office clout ever since its release on April 27th. The 19th film of the Marvel Cinematic Universe has stormed the Indian box office with a sensational record breaking opening as it has netted close to 100 Crores in its first weekend.

Refusing to slow down in the second weekend, Infinity has now emerged as the biggest Hollywood hit in India by surpassing the life time collections of The Jungle Book. Trade circles reported that the marvel film has punched out 190 Crores in 10 days and set a new record for Hollywood films in India.

Infinity has already set the record for the highest opening weekend in India for 2018 by beating Sanjay Leela Bhansali’s Padmavaat by a considerable margin.

The superhero adventure directed by Russo Brothers notched up a stunning 31.30 Crores on its opening day and embarked on a flying start at Indian box office. The is no stopping the Infinity juggernaut as it broke several records and is all set to launch the first 200 Crore club in India by a Hollywood film. 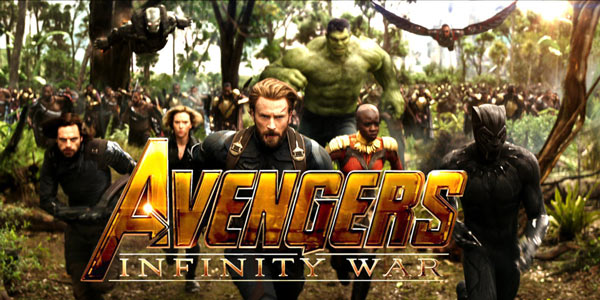 After its staggering pre sales in India next only to Baahubali 2, the film took a thunderous opening with nearly 31 Crores share on its opening day, thanks to the unprecedented hype among audience here.

Continuing its steady hold on the second day, Avengers Infinity War has collected a solid 30 Crore share to take the overall total beyond 60 Crores which is quite a mind-blowing start for a Hollywood film in Indian market.

Trade circles are reckoning that the film has a good chance of toppling the box office records set by The Jungle Book and emerge as the highest grossing English film in India.

The Jungle Book is the first English film to collect over 100 Crores in India. Going by the way it is performing, Avengers Infinity War is likely to catch up with The Jungle Book by the end of its full run. 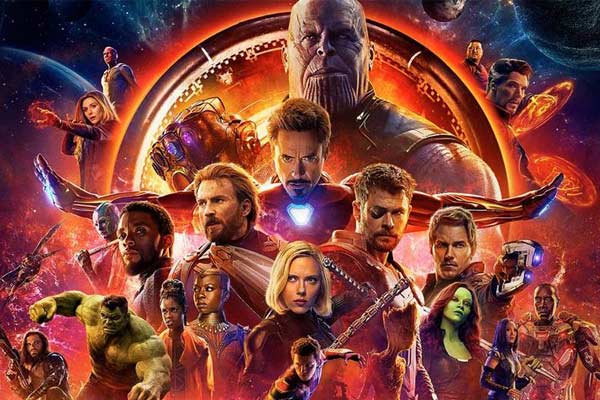 “Avengers: Infinity War” is the third film of the Avengers series and the 19th film from the Marvel Cinematic Universe.

Directed by the Russo brothers Anthony and Joe, this epic will definitely delight lovers of Marvel Comics and followers of the Marvel Cinematic Universe as it surpasses expectations.

A rare spectacular, the film kind of defies the basic laws of cinema by incorporating roughly 25 main and supporting characters, and makes you care about them with equal gusto.

By sheer numbers too, it is the biggest crossover event in the history of cinema as it brings most of the characters of Marvel comics and films in one cinematic universe. Yet, keeps it lean and meaningful – a surprising feat in a film with a two and a half hour run time.

The narration is an endless and unstoppable roller-coaster from start to finish. An organic cohesion between action and humour, space and Earth, humans and Gods, heroes (divided with dexterity into mini groups) and Groot along with Rocket Raccoon.

Though complex, the basic plot is Thanos (Josh Brolin) the same villain who tried to invade Earth in the first Avengers and the main antagonist in the two “Guardians of the Galaxy” films, is on the hunt for six elemental gems known as Infinity Stones. Each stone – Space, Reality, Power, Soul, Mind and Time – has individual powers, but together, these stones can be used to catastrophic effect.

Thanos’ motivation is layered and more complex than simple universe-domination. He is not one-dimensionally evil – he has his weakness and frailties. He is seen here as an emotional manipulator of care; concerned about overpopulation and the scarcity of resources plaguing almost every planet in the universe.

His solution is simple, “out of compassion”, decimate half of the entire population – at random, to be fair – a goal that could be achieved with the snap of his fingers once all six stones are in his possession.

This war covers more fronts than any fight in Marvel films, so far. The spectacular galactic battles shine as much as their space fighters (the face-to-face fight between Thanos and the Iron Man and his troupe has earned a place among the struggles for the posterity of the MCU), the showdown in New York is the best spell cast by Doctor Strange, and a Scottish station becomes an unexpectedly effective battlefield.

And the war prompted in Wakanda and those gathered there, (the Black Panther – T’Challa, Steve Rogers, the symbiote looking monsters) are the ones that make the film vibrant and action-packed.

“…Infinity War” is, above all, a colossal tribute to the MCU and its heroes — to the veteran and sly Iron Man, to the renewed and jocular Thor and The Hulk, or to the new and very close Doctor Strange and Star-Lord. It is also a tribute to your favourite dialogue lines; – “We have the Hulk”, “How can I be the friendly neighbourhood Spider-Man if there is no neighbourhood?”

There are unexpected surprises too, where some old acquaintances sneak in at unexpected intervals keeping the adrenaline flow. We know these characters; we get what drives them; who they love; what they fear. The fun is in seeing them interact with each other, measuring up powers and sometimes falling short.

With gags and sarcasms galore, the script written by Christoper Markus and Stephen McFeely, is ingenious. It blends a universe in which Star-Lord competes against Thor to see who has a more depressing family in history. The God of Thunder and Captain America comment on his change of looks in between a full-fledged fight. Drax believes himself to be invisible while praising the biceps of Chris Hemsworth and Spider-Man has a conversation about ‘Footloose’ with Star-Lord as soon as they learn about the cosmic revolution.

Overall, well-shot and magnificently mounted, this film, feels like the first half of a two-part extravaganza, with the second part to follow soon.