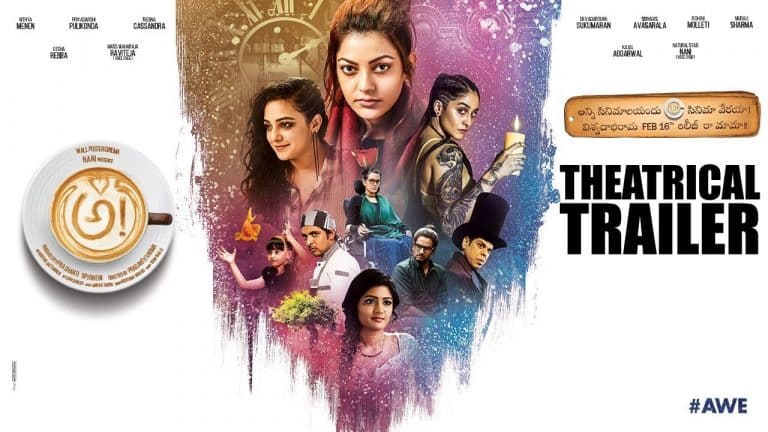 Nani’s debut production AWE is set for release this February. After the intriguing teaser piqued the curiosity of audience, the makers have unveiled the theatrical trailer today.

The 90 seconds trailer is just an extension of the teaser as it doesn’t drop enough hints to guess the film’s premise but once again glimpses all the quirkily-designed lead characters with an emotion attached to each of them.

The unconventional trailer, which doesn’t offer much excitement as the teaser did, makes us feel that the director might have over-experimented with the genre which is likely to reach only select audience.

We have to wait and see to find out what debutant Prasanth Varma has in store with this film which has a slew of notable actors in prominent roles.