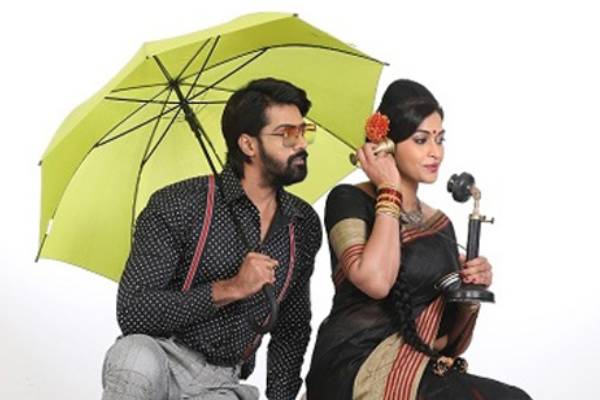 Bhanumathi and Ramakrishna is simple, sensible and is a matured take about two youngsters who just crossed their thirties. When most of the films are focused on intimate scenes, kissing episodes and dose of vulgarity on the name of love, Bhanumathi and Ramakrishna is a fresh breath which majorly focuses on emotions and it narrates about the journey of a 33-year-old Ramakrishna (Naveen Chandra), 30-year-old Bhanumathi (Salony Luthra). Full marks for the lead actors for their performances and the way they carried the film.

You won’t find the lead actor frustrated showing off his anger, turning a psychopath and having shots of whiskey without breaks. He simply heads back home and never expresses his pain after a fight with the girl he loves. The character of Bhanumathi is well designed and we often see them in MNCs. She is matured enough, loves to lead her life on her own and is a girl who is straightforward. She has a bunch of answers for this male-dominant society in her own style. Her attitude is the biggest asset for the character of Bhanumathi.

Bhanumathi and Ramakrishna has several beautiful moments. The first half is good, fresh and entertaining. The second half is slow-paced at times but it picks up soon before it dips down completely. The pre-climax misses the needed emotional connect but the climax sounds decent. Naveen Chandra looks perfect in the role and the film is a different attempt for him. He looks subtle and scores well as Ramakrishna. Salony Luthra shines in the role of Bhanumathi. In the emotional episodes, she is a treat to watch. Full marks for the lead actors. Viva Harsh keeps the audience entertaining thoroughly and he will not irritate us. All the rest of the characters have limited screen presence.

The film has no duets but all the montage songs are shot well. The music by Shravan Bharadwaj was apt and the background score by Achu matches the film’s mood. The cinematography work and the production values are the other assets of Bhanumathi and Ramakrishna. Some of them may not connect to the episodes featuring the lead actors who work in an MNC. Except for some flaws, Bhanumathi and Ramakrishna is a decent attempt and a matured take. Director Srikanth handles the film well

Verdict: Bhanumathi and Ramakrishna is a simple, fresh and a matured take on relations and emotions. You can give it a watch with your entire family as it is clean from the first frame.