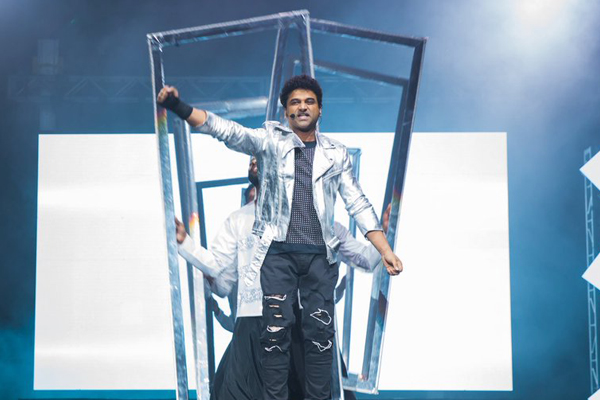 It was a 3-hour (8-11PM) singing and dance show which showcased some of the best DSP’s works. DSP had appeared on the stage with ‘Bharat ane nenu’ title song amidst huge cheers from his fan boys. He next performed a cool dance number ‘na manasu neelo ‘(Nannaku Premato). In the first half of the show, DSP ‘s own performance on stage is limited to three songs in the 8 to 9:30PM window. Remaining time was consumed by his team’s performances or other customary introductions. ‘Pilla Nuvvu leni jeevitam’ (Gabbarsingh) evoked good response, which was matched by next song ‘Rakhee Rakhee’. Megastar’s mega hits ‘Rathalu Rathalu ‘followed by ‘Ammadu Let’s do kummudu ‘he performed at the final stages, got thumping response from the audience.

Overall, with his energy DSP entertained the audience but choice of songs could have been better. Mainly, his melodious side is missing in exchange of peppy numbers.

The stage show:
For few songs like “I Wanna follow follow you “Devi Sri danced with a group of dancers and professionally choreographed steps. He hired a local american dance group, some production cost can be seen for costumes and props that’s have been used. LED backwalls are of standard setup, more immersive visuals design could have been done by the graphics team to go in sync with the context. Acoustics are good for floor level seating rows, but few from the back and galleries complained the audio would have been better.

Entertainment 2014 Vs 2018:
2014 chicago show was much better paisa vasool, electrifying because of better attendance (more than double compared to 2018) and other factors we’re about to discuss. Audience were more interactive back in 2014 show – obviously because of more crowd. Nora Germain’s violin play stood out as one of the 2014’s highlights but matching attraction missed in 2018. Anchor Anasuya (2014) was replaced by Madhu Salini (2018). Pyrotechnics were used in 2014 show, gone missing now – no big deal though. Viva girl Neha Bhasin, ‘Aa ante Amalapuram ‘fame singer Malathy were another attraction in 2014 DSP show, now replaced by Shravana Bhargavi – Hemachandra ( more family audience oriented singers ).

Attendance:
Devi Sri Prasad’s concert 2018 at Chicago had disastrous attendance of mere 1,600 to 1,700 people which is dismal, low compared to even local telugu organizations’ annual cultural programs. The same DSP show back in 2014, which was held at Sears Arena, was patronized by aproximately 4,000 music lovers. While 2014 show in Chicago had incurred thin losses despite with good attendance, 2018 had turned to be heavy loss to the national organizer as well as their local partners. Reportedly more than 60% of the investment is at loss from Chicago show.

Ticket Pricing:
The venue of the concert UIC Pavilion has mammoth 9,500 capacity to seat, organizers could have put lesser price range affordable to students, average telugu families. Level 2 galleries at $20, Level 1 galleries at $40 – $50, Floor levels at $75, $100, $150 would have been optimal and win-win for all.
If the auditorium capacity is medium to small then higher pricing is inevitable to recover the costs, but in such huge venue, current high pricing of $299 -$159 for floor level seating resulted a disastrous attendance despite selling at 30% discount. Especially in troubled immigration times, families seem spending more cautiously. Added to the pricing factor, new event management company struggled in networking and marketing which had resulted in only 1/6th of the auditorium is occupied. Since 2014 show was attended by 4,000 people, this time organizers might had overestimated to similar response.

Return on Investment:
Devi sri prasad had been charging $80,000 per show, travel & lodging cost for the team for seven days cost $40,000, Venue fee $40,000, Sound $40,000 and including other expenses $200K is the estimated investment for this single Chicago show. More than 55% of the investment had been lost in Chicago 2018 show according to our estimates.

Final word:
Devi sri prasad is very energetic, talented, crowd pleasing entertainer, his shows have been raising the bar for Telugu concerts in USA. Logistically his shows design deserves more pricing than ordinary singing shows. But, Telugu concerts’ market is at evolving stage, and is not even 1/4th of its Hindi counterpart in USA. Only Ilaiyaraaja, S. P. Balasubrahmanyam like celebrities were able to manage the shows to breakeven (for organizers) only because of Telugu, Tamil combined patronage. DSP doesn’t have enough patronage from tamil market yet.

In terms of all round entertainment, “DSP show “deserves more ticket pricing than any other south indian performer, but the biggest obstacle for his model is his “Telugu only” market. Keeping these factors in mind, rather than going big bollywood scale, it would be economically feasible to pick moderate 4,000 capacity auditoriums, hire sound technicians with expertise in concert hall acoustics rather than the ones who have a bunch of loud speakers to install around. Cutting the other costs, bringing down the ticket costs would help success of the show.

All in all, DSP show is a satisfactory one if you could afford. Nothing much to miss even if you skip! 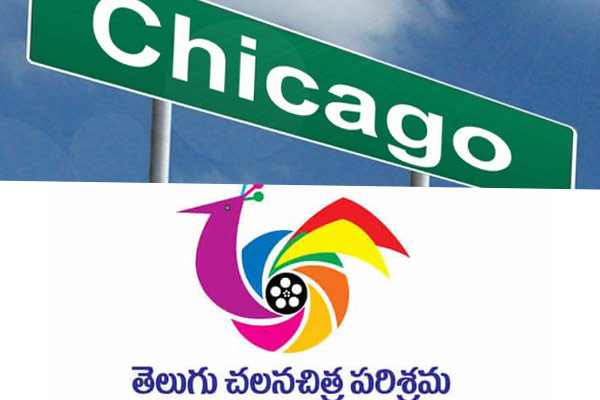 Chicago scandal has become sensation in Tollywood ,across India and in NRI Circles. Telugu360 had covered those incidents in detail. For starters, read this article for chronology of events leading to USA authorities’ indictment of Kishan Modugumudi alias Sree Raj Chennupati.

Now , Telugu360 got hold of audio tapes of ‘Kishan Modugumudi’ in which he is heard haggling with a Tollywood anchor about a hotel, and warning her not to step outside of hotel in Dallas,TX 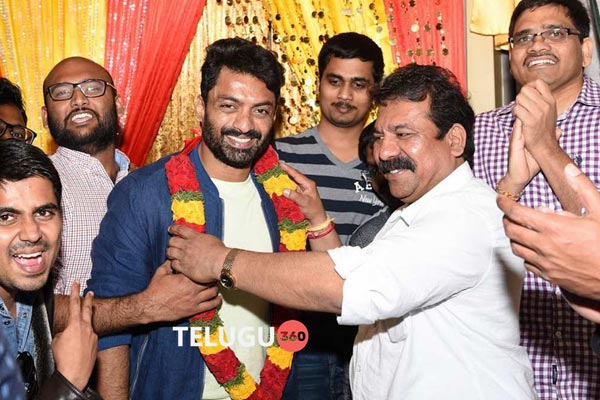 The Telugu community in Chicago extended a warm reception to actor Nandamuri Kalyan Ram, who was in the city for a holiday. The actor visited Chicago along with his family after almost a decade. Young fans and students turned up in big numbers to cheer the actor enthusiastically.

In what was a surprisingly huge turnout for a weekday, members from various Telugu organisations and affiliations gathered in big numbers at Masala Restaurant in Chicago for a Meet and Greet session with the actor.

Kalyan Ram spoke about his connection with the city and about his student days. He remarked about the peaceful and balanced way of life that the US provided and asked the Telugu community to respect the United States as a second home, for giving them a chance to grow and succeed professionally.

Senior members of the Telugu community in Chicago spoke about their association with the Nandamuri family. The grand meet and greet was rounded off with a photo session for all the guests as well as a cake cutting ceremony to mark Shri N.T.Rama Rao’s Birthday, which falls on the 28th. Guests were also entertained by spirited performances from singers Deepthi and Sandeep.

KCR not attending ATA 2016 in Chicago 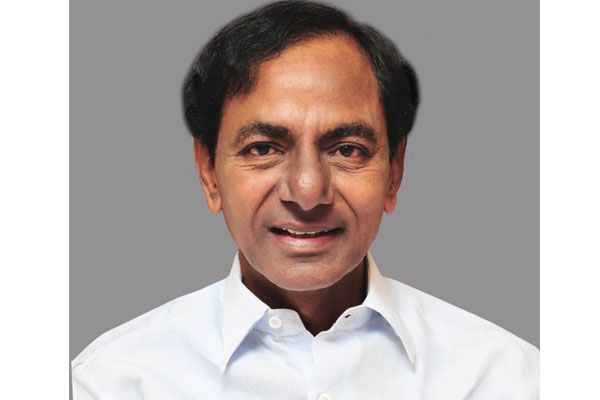 American Telugu Association (ATA), the 25-year old organization of Telugu people in North America is gearing up for conference to mark the celebrations of its silver jubilee.The forum intends to showcase Telugu culture and organizers are planning it on a grand scale at Donald E. Stephens convention center (Rosemont) in Chicago.

Click here to read about details about ATA Financial crisis

A host of guests are expected to attend this meeting.It has been widely advertised that the Telangana Chief Minister K. Chandra Sekhara Rao is the chief guest of the event. But, as per our sources in Telanagana CMO,Mr. Rao’s trip has not been confirmed yet and he is not attending the ATA 2016 conference. “It is true that ATA team has personally invited KCR. He didn’t deny that request, but said “chooddhamu”. As of now, we do not have any instructions from Chief Minister to make arrangements for the trip” told a source from CMO. Meanwhile, KCR’s daughter,Nizamabad MP Kalvakuntla Kavitha , will be attending the event with her family.

There are many other political,cinema and business celebrities attending this event, for additional details visit http://www.ataconference.org/