Thanks to KCR, Cong & TDP no longer enemies 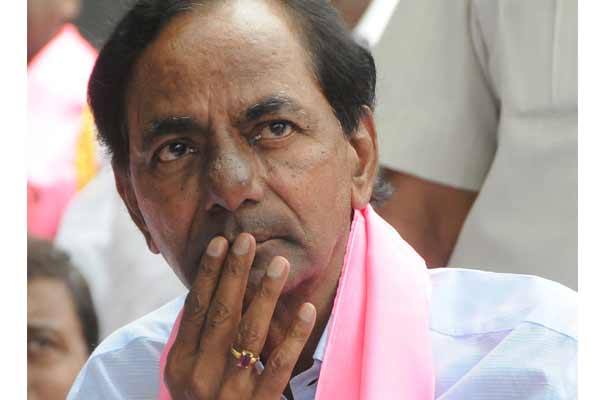 Amid the opposition preparations for Telangana bandh, chief minister KCR reportedly acknowledged that some bad blood had indeed generated between the government and people of the state. He also felt the need to bridge this immediately.

Late realization is always better than the refusing to realize. After Vijayadasami, KCR will hit the roads. First, he wants to tour the district headquarters. Later, in his new Rs 5 crore-luxury bus, which has not yet been put to use, the chief minister will crisis cross the state explaining the people the causes for the misgivings among the people about the government and the role of opposition parties. KCR is hoist with his own petard. He boasted on the first day of Assembly that he was ready to conduct the Assembly session even for fifteen days to allow debate on every topic the opposition raises. He thought by extending the house for few more days, he could give statements on all hot topics like farmers suicides, irrigation projects, loan waiver, state finances etc. But, the government took a wrong decision to suspend the entire opposition for the whole session, which normally never happens. Suspending members are common these days. But after suspension, speaker would work towards striking a compromise between treasury and opposition benches. Here, this did not happen. Even though government could get rid of trouble makers by suspending them ( 28 members) from the house, but, it also lost a great opportunity to explain away things that have put the government in poor light. As the entire opposition consisting of Congress, TDP, BJP, CPI and CPM have upped the ante, the chief minister has now no option but to dust off his new bus for a Yatra. According to reports, the suspension of entire opposition and adjourning the House sine die has not gone down well with his own MLAs.KCR is said to have agreed with them in yesterday’s TRSLP. “We could not put across our point on the floor of the Assembly,” was the KCR’s opinion. KCR has never expected the sort of opposition unity that happened in the state now. Barring MIM, all parties joined hands. What makes tomorrows bandh unique is the bandh call is given by jointly by two arch rivals Congress-TDP. This rare unity among the opposition has compelled KCR to admit that there has been something wrong on the part of the government that was responsible for the unity between two rivals Congress and TDP. So, the chief minister now has taken upon himself to launch counter offensive by touring every mandal in the state. Politics apart, KCR tour will provide a rare spectacle to the people of Telangana to see for themselves how a Rs 5 crore worth luxury bus looks like. Except for some media people and a dozen or two TRS leaders, the Telangana people have not had opportunity to see the bus bought with the money they contributed in form of taxes.