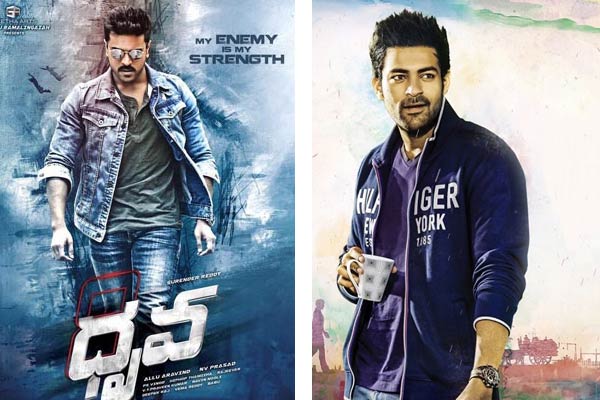 Yes, you read it right, both Varun Tej and Ram Charan are competing this time. No, this fight is not happening on silver screen but it’s on small screen. Varun Tej’s recent hit Fidaa movie and Ram Charan’s Dhruva movie both are going to be telecast on same day on two different and popular channels. Both these movies will be telecast on this Sunday, i.e. on 24th September. As, of late, people started comparing TRP ratings of small screen, there seem to be a small curiosity among general audience about which movie will get more viewersip and TRP ratings.

Though both the movies are very big hits, Fidaa movie is very recent one where as Dhruva movie released in the month of December 2016. Also, while Fidaa is full-fledged family entertainer, Dhruva is action thriller. Generally, repeat watch value will be less for thriller movies compared to entertaining movies like Fidaa. Citing these factors, some people predict Fidaa will get better TRP than that of Dhruva. But Dhruva movie is also very big hit and director Surender Reddy thrilled Telugu audience with his engaging screenplay.

Even though, both movies are telecast on same day, they are not telecast exactly same time. There is a lag of 2 hours between both the movies. So both the movies are expected to get very good ratings. Also, whichever movie gets better rating, that doesn’t matter between Varun and Charan and both of them will be very happy to know both the movies getting good viewership.

Anyway, get ready to get maximum entertainment on this Sunday!!! 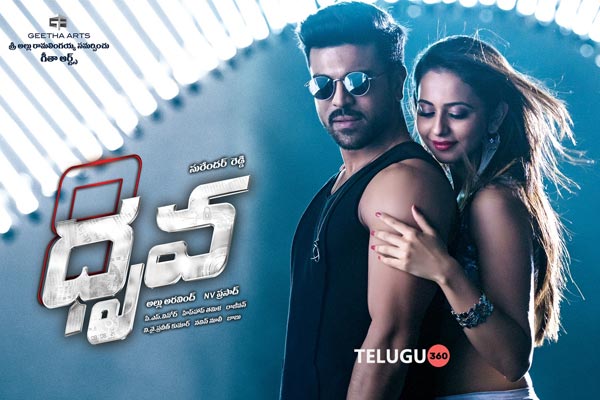 The table below contains figures for the 20 Top-Grossing Theatres in USA. 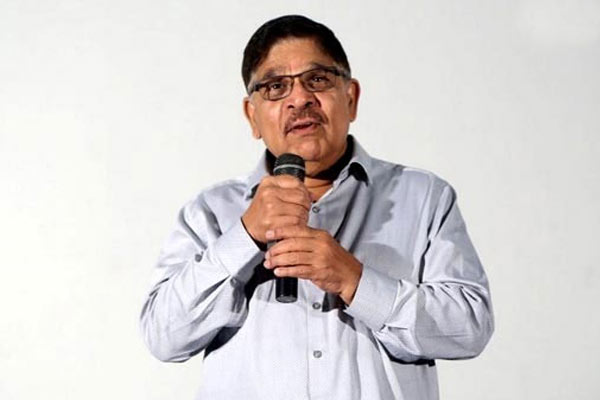 Producer Allu Aravind is proud and happy that his latest Telugu production venture “Dhruva“, starring Ram Charan, has emerged successful at the box office despite the demonetisation gloom.

“‘Dhruva’ has become the second biggest grosser in Ram Charan’s career and one of the biggest hits of Telugu film. I’m proud of its success because it drew audiences to the cinemas despite the cash crunch due to demonetisation,” Aravind said in a statement.

With three blockbusters to their credit, Aravind’s Geetha Arts had a fabulous run in 2016.

“Our first release ‘Sarrainodu’ stood as industry’s biggest hit. It was followed by the success of my son Allu Sirish’s ‘Srirastu Subhamastu’,” he said. 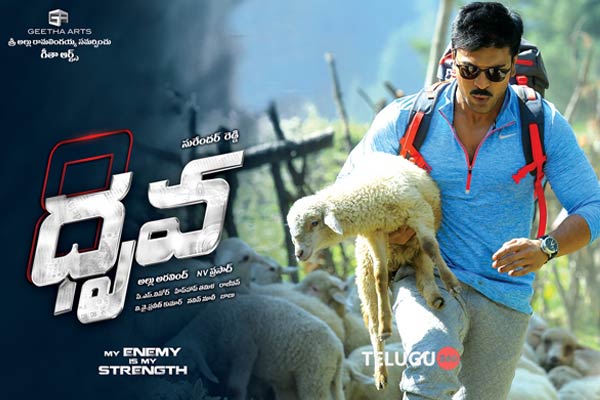 Ram Charan’s Dhruva is now getting close to 40cr mark in Telugu states.The film has collected a distributor Share of 0.50 Cr on it’s 18th day taking 18 days total to 38.40 Cr. It has got an advantage of partial holiday in Nizam Yesterday. The film is set for over 15cr lifetime here. It will collect over 25cr in AP state but the theatricals here are valued for at least 30Cr. The film is an Hit in Nizam but needs to be seen how much more it can recover in AP state.

Below are the 18 days area wise shares 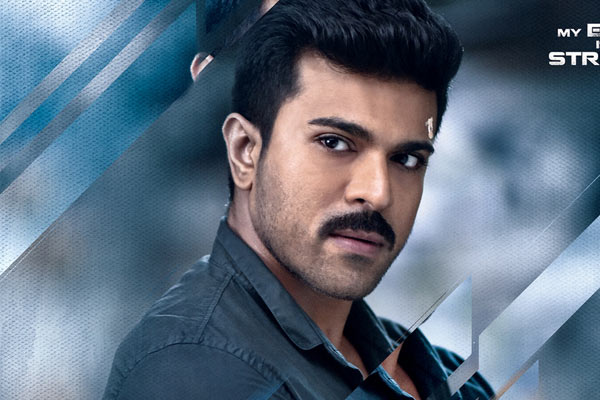 Ram Charan’s Dhruva has Collected a distributor share 6.18 Cr in its 2nd week in Telugu States taking 2 weeks total to 35.93 Cr. The trend in 2nd week was very similar to 1st week, faring very well over the weekend and coming down on weekdays. There was a partial holiday in 1st week which helped it to give a decent total. Movie is a Hit in Telangana and expected to collect 15cr by the end of its run.

Performance in AP state is below average with mass areas like Nellore and Ceeded doing low Business. An average verdict for the film is possible if it collects at least 40cr by the end of its run.

Below are the 2 weeks area wise shares 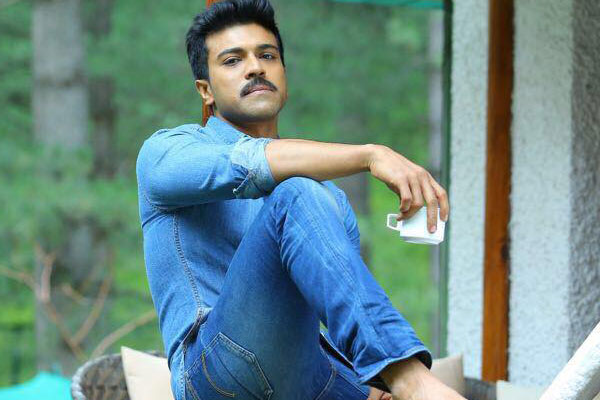 After a decent growth on Saturday, Dhruva has showed huge gains again on Sunday which is similar to the jump it had last weekend. The film has collected 2.08 Cr on it’s 10th taking 10 days total to 34.18 Cr. Overall gain in collections yesterday are 50% more compared to Saturday. The film continues its best run in Nizam with Hyderabad city being fantastic. Total 2nd weekend share of the movie in telugu states is 4.43 Cr and it needs to be seen whether it can collect that much in the next 7 days starting today.

Below are the 10 days area wise Shares 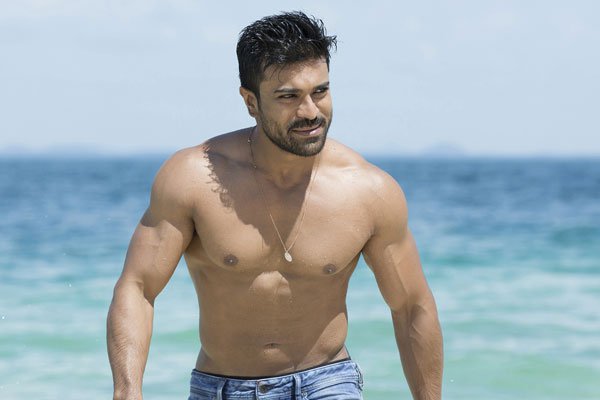 Ramcharan’s Dhruva has Collected 90 lks distributor share in Telugu States on its 8th day taking 8 days total to 30.75 Cr. With two other films releasing yesterday these collections can be considered as decent. The film is likely to grow today and looking at huge gains tomorrow. With many other releases next weekend these gains are very crucial for both distributors and exhibitors.

Below are the 8 days area wise Shares 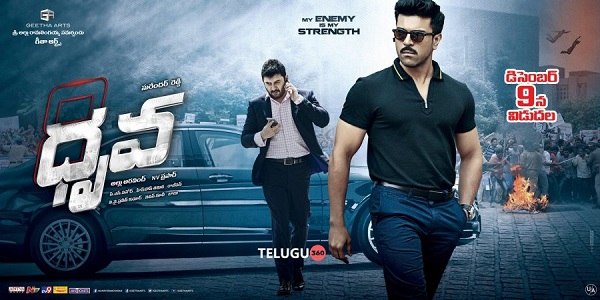 Ram Charan’s Dhruva, which is an official remake of Tamil blockbuster Thani Oruvan, drew a lot of attention ever since the project went on floors. Charan plays a daredevil cop in the film and veteran actor Aravind Swamy is reprising his antagonist role from the original. Expectations are very high among the Telugu audience and it is evident when the film’s teaser packed a solid punch in social media. Charan’s stylish avatar, the exotic picturesque locales and Surendar Reddy’s interesting narration are going to be a big draw for this film. Rakul Preet Singh is the female lead.

On the commercial front, a lot is riding on Dhruva. Made on double the budget of original, the film has done a solid pre release business and is set for a record opening. Let’s see if the film can match the high expectations and put Charan on the success track.

Dhruva (Ram Charan) and his group of friends are IPS trainees who engage upon a secret night missions to nib the crimes happening in the city. The group get frustrated after knowing that the criminals they nabbed by risking their lives get scot free due to the loopholes in the system. Dhruva is a man skilled in reading between the lines from news and incidents . With his extensive secret research Dhruva identifies that Siddharth Abhimanyu (Aravind Swami), a scientist, is the kingpin who drives the crime system in the state. Realising most of the small crimes are part of a big conspiracy , he decides to engage in war with Siddharth Abhimanyu

Siddharth Abhimanyu, who runs a pharma empire, is on a mission of preventing government from signing a contract with foreign pharma company to produce generic drug in india. Realizing that he has an rival who will not stop until he is defeated, Siddharth begins a cat-and-mouse game with the cop Dhruva.

Rest of the story deals with how Dhruva , Abhimanyu tries to outsmart each other.

Ram charan’s screen presence and his styling needs special appreciation. Costumes, physique and hairstyle all suited well for a IPS trainee role. And performance wise we’ll see a new charan in Dhruva who can emote fairly better than his previous movies. In two scenes his performance stands out. One when he fears and frustrates about possible defeat against Siddhardh and another when he responds to Rakul’s proposal.

Aravind swami is superb in villainous role. He has to portray a look of award winning scientist on one hand, and on another a ruthless villain. He excelled in both the shades.

Rakul preet singh got a small but cute role. Her makeup and costumes are stylish as well, with her perfect slim body she looked voluptuous.

Posani characterization could have been better, Navadeep got a decent role after a gap.

Music director Hip Hop Tamizha did a decent job with only 4 songs he had to showcase the talent. P.S. Vinod’s cinematography and Naveen Nooli’s editing added strength to the movie

Out n out commercial song of the movie. Rakul preet singh is super hot and Glamorous in this stylish beach song. Her fan ‘base’ gets better with this song

Barring a few speed breakers in the initial portions the film gains momentum as it progresses. The film run time is lengthy at two hours and 40 minutes, it has just four songs and no separate comedy tracks. Still audience are engaged watching this racy action thriller. This is a testimony of how good is the narration and execution. Dhruva story has no highs, no lows but USP is well paced screenplay

As the production values are good and director surendar reddy mark shot making added as advantage, most of the scenes looked super stylish.

Those who expect creative mind game between Dhruva & Siddhardh are up for bit disappointment as there is not much creativity nor mind games out there. Tricks been played to outsmart each other are normal.

Dhruva is technically a very strong movie, go and watch if you like class action thriller genre. As is typical with recent Charan movies, there are no mass elements specifically aimed for mega fan base. As this genre may not appeal equally for all sections of audience, commercially movie range depends on how the mass audience engage with this ‘no entertainment’ but an action genre. We wish Charan’s hard work pays off.