The Supreme Court-appointed three-member inquiry commission, probing the alleged encounter killing of four suspects in the Disha rape and murder case, on Tuesday examined two of the tehsildars who had conducted the inquest.

Tehsildars of Farooq Nagar, Kondurg, Kothur, and Keshampet had conducted the inquest of the bodies of four accused.

The three-member panel headed by ex-SC judge V.S. Sirpurkar is scheduled to continue the hearing till September 25. It will examine Rachakonda Police Commissioner Mahesh Bhagwat, who headed the Special Investigation Team (SIT) constituted to probe the alleged encounter.

Headmasters of government schools where the victims studied were also examined by the panel. They were asked about credibility of entries in school admission records, based on which bona fide certificates were issued. Citing school records, families of the two had claimed that they were minors at the time of the alleged encounter.

The panel was set up on December 12, 2019 to inquire into the circumstances leading to the killing of four accused in the case in an alleged encounter with police on December 6, 2019.

The four accused were shot dead on at Chatanpally on National Highway-44 near Hyderabad, the same highway where the charred body of a 27-year-old Disha (as the victim is referred to by the investigators) was found.

According to police, Disha was kidnapped and sexually assaulted near the Outer Ring Road on the outskirts of Hyderabad on the night of November 27, 2019. After the sexual assault, the accused murdered her, took the body to Chatanpally, and set it afire.

The Supreme Court constituted the panel while hearing petitions raising doubts that the police killed the accused in their custody and projected it as encounter. 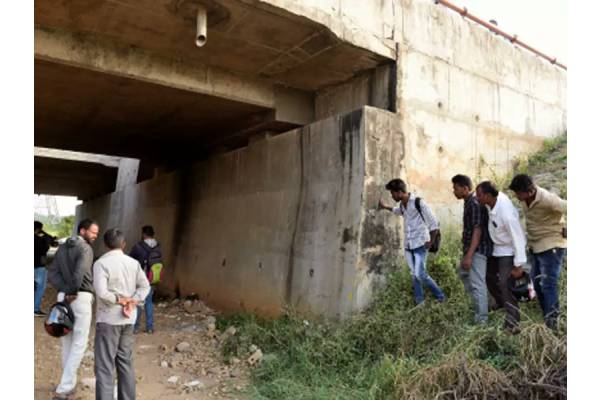 The Supreme Court-appointed inquiry Commission probing the encounter killing of the four accused in the case of gang-rape and murder of a veterinarian in Hyderabad, has directed the Telangana government to present its evidence before it on August 21.

The government has been asked to present its evidence at the Commission’s premises in Telangana High Court, where the three-member Commission, headed by former apex court judge V.S. Sirpurkar, will hold the hearing virtually through video conferencing.

The Commission said that it will examine 18 witnesses on August 26, 27 and 28 using the same procedure.

The panel, which early this month received another six month extension, decided to commence hearings in a hybrid form wherein, some witnesses will be examined in the physical presence, and some in virtual presence of the Commission.

The Commission Secretary, in a statement, said that while the hearings are open to public, in view of social distancing norms and restrictions imposed to prevent spread of Covid-19, limited number of pass holders will be allowed into the viewing area at a time.

The Secretary stated that the Commission has completed the collection of records and it was moving on to evidence recording phase.

A total of 1,333 affidavits from general public, and 103 affidavits from police officials, government officials, witnesses, and doctors were received. Voluminous record of the investigation by the SIT, CDRs, medical reports, forensic and ballistic reports and other reports were collected.

The Commission held 16 virtual hearings and passed orders in 24 applications filed by the police officials involved in the incident.

Considering the gravity of the issue under inquiry and the sensitive nature of the evidence of the Commission is of the opinion that witnesses have to be examined in its physical presence. However, Covid-19 pandemic has made it difficult to conduct physical hearings at Hyderabad, it said.

The panel was set up on December 12, 2019 to inquire into the circumstances leading to the encounter and was to submit a report in six months.

The term of the inquiry panel has been extended thrice.

The four accused were shot dead on at Chatanpally on National Highway-44 near Hyderabad, the same highway where the charred body of a 27-year-old Disha (as the victim is referred to by the investigators) was found.

According to police, Disha was kidnapped and sexually assaulted near Outer Ring Road (ORR) on the outskirts of Hyderabad on the night of November 27, 2019. After the sexual assault, the accused murdered her, took the body to Chatanpally and set it afire.

The Telangana High Court on Saturday ordered second autopsy on the bodies of four accused of Hyderabad veterinarian’s rape and murder case who were gunned down by the police in an alleged encounter on December 6.

The court directed Superintendent of Gandhi Hospital to get the autopsy done by a team of forensic experts from the All India Institute of Medical Sciences (AIMS), New Delhi, before 5 p.m. on December 23 and hand over the bodies to the families.

A division bench of Chief Justice R.S. Chauhan and Justice A. Abhishek Reddy asked the authorities to videograph the autopsy and submit the same to the court.

The court passed the orders on a PIL filed by social activist K. Sajaya and others. The PIL, filed in the Supreme Court, was forwarded to the High Court to take a call on the bodies.

Gandhi Hospital Superintendent P. Shravan Kumar personally appeared before the court and informed the bench that the bodies may get totally decomposed in five days.

The court also directed Special Investigation Team (SIT), probing the alleged encounter, to seize the weapons used in the encounter and send the same to Central Forensic Science Laboratory (CFSL).

The SIT was also asked to collect FIR, case diary and other records in the case and submit the same to Judicial Commission constituted by the Supreme Court to probe the encounter.

Mohammed Arif (26), Jollu Shiva (20), Jollu Naveen (20) and Chintakuntla Chennakeshavulu (20), all accused in the gang-rape and murder of a veterinary doctor who were killed by police at Chatanpally near Shadnagar town, about 50 km from Hyderabad. Police claimed that the accused attacked the police team escorting them, snatched their weapons and opened fire, but all four were killed in the retaliatory fire.

The police had taken them to reconstruct the crime scene at Chatanpally, where they had allegedly burnt the body of the victim on the night of November 27 after committing the gang-rape at Shamshabad on the outskirts of Hyderabad.

The gruesome rape and murder had triggered national outrage with demands for immediate death penalty to the perpetrators.

While the killing of the accused in the alleged encounter was hailed by a section of people, the families of the deceased and human rights groups alleged that the police took law into its hands. Terming this as extra-judicial killings, some groups had moved the Supreme Court.

The apex court appointed a judicial commission to enquire into the episode and submit a report within six months.

The first autopsy on the bodies of the accused was conducted on December 6 at government-run hospital in Mahabubnagar. The bodies were later shifted to Gandhi Hospital in Hyderabad for preservation.