Bunny Dubbing for DJ turns out to be a Challenge 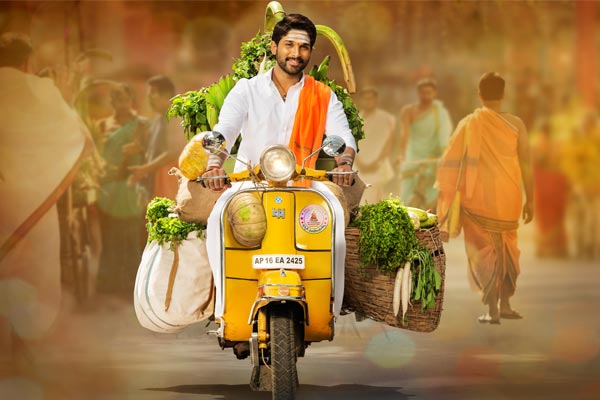 Stylish Star Allu Arjun is not in a mood to hurry and he is taking his time to wrap up the formalities of his upcoming release Duvvada Jagannadham. This Harish Shankar directorial is said to be a mass entertainer and the movie has been carrying huge buzz all over. The entire shoot of the film will be wrapped up by the end of this month and Bunny started dubbing for his role. The actor generally takes three days (maximum time) to complete the dubbing part for his character in his films.

However it is quite different for DJ. Sources revealed that Bunny took over ten days to dub for his role in Duvvada Jagannadham which is quite unusual. The actor is quite concentrated and he worked hard to come out with the accent of a Brahmin cook. Hence he took his time to get perfect with the accent and the actor is said to have spending 12 hours to wrap up his dubbing part. The climax portions of the film will be shot from May 15th with which the entire shoot of the film will be wrapped up. 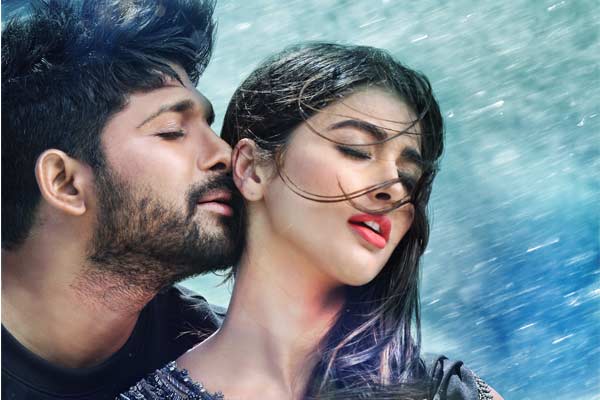 Stylish Star Allu Arjun is all set to impress the audience once again with his next movie Duvvada Jagannadham. The movie is said to be a mass action entertainer which is helmed by Harish Shankar. The shoot of the film nearing completion, the makers are busy with the post-production work. The promotional activities too gained pace and Pooja Hegde played the female lead in the movie. Duvvada Jagannadham showcases Bunny in two completely different looks and one among them is a Brahmin cook.

The makers unveiled the latest poster from the film, which showcases the other side of Bunny. The poster presents Bunny and Pooja in a romantic mood. Pooja looks gorgeous and the duo promise a visual feast for the audience. DSP is composing the music and the audio of Duvvada Jagannadham will be out soon. Produced by Dil Raju’s Sri Venkateswara Creations, Duvvada Jagannadham is all set for June 23rd release. 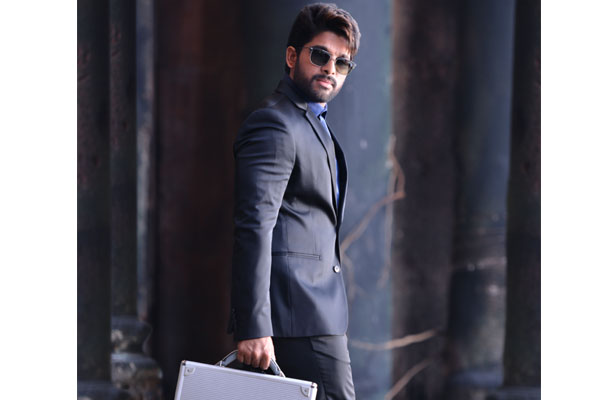 Stylish Star Allu Arjun seems to be quite focused on his next movie Duvvada Jagannadham which has been carrying massive expectations. With Bunny leading the race with back to back hits, he is no mood to disappoint the audience because of which Duvvada Jagannadham missed the summer race. This Harish Shankar directorial is said to be a mass and action entertainer which will showcase Bunny in two completely different roles. The climax portions of the movie are currently being shot.

Three songs from the movie are to be shot and the entire shoot of Duvvada Jagannadham will be wrapped up this month. Bunny even started dubbing for the film and the post-production work of the movie too is currently on cards. The makers announced that Duvvada Jagannadham will hit the screens on June 23rd and Bunny will have ample time to make any changes in the last minute if needed. Allu Arjun is keen to re-shoot some episodes if he is not really happy with the output and Harish Shankar is working round the clock to live up the expectations.

Pooja Hegde is the heroine in Duvvada Jagannadham and Dil Raju is bankrolling this big budget project.

Stylish star Allu Arjun charmed everyone with his stunning makeover in Brahmin avatar when the first look poster was unveiled a couple of months ago. Later, the teaser had an intriguing shot in which Bunny was seen warning someone. This has evoked a lot of curiosity among fans who started speculating about the other side of his character.

While some predicted that he will be seen as a stylish disco jockey and disguises people as a cook on a purpose, it was rumoured that he is playing an assassin who has a dark backstory and turns into a cook under tricky circumstances. However, the makers are ensuring that the cat is not let out of the bag regarding the other shade of his character. Sources say that it will be a huge surprise for fans and the director wants to keep it under wraps till the film’s release.

Earlier today, a new poster featuring Allu Arjun in a striking pose wearing formal attire has been unveiled. The excitement among fans has doubled after watching Bunny in a such a conflicting avatar compared to the Brahmin getup. We have wait and see what Harish Shankar has in store for Bunny fans.

The film is slated for June 23rd release.

Mahesh Babu’s Spyder and Allu Arjun’s Duvvada Jagannadham were supposed to release on June 23rd and July 7th respectively. But from the past couple of days, speculations are rife in industry circles that DJ might be pre-poned as SPYder release is likely to be pushed ahead due to the delay in its shooting schedules. However, the producer’s of DJ and SPYder are yet to officially confirm about their release plans.

Surprisingly, Nani’s upcoming romantic entertainer Ninnu Kori, which was looking for a July release, is now set to hit the screens on June 23rd as per the latest reports from its makers. Ninnu Kori is in the last leg of its shoot and post production activities will kick start shortly. It is learnt that the makers are confident of releasing the film on June 23rd. If no other big ticket film releases on June 23rd, Ninnu Kori will surely take advantage of Eid holiday and the weekend. 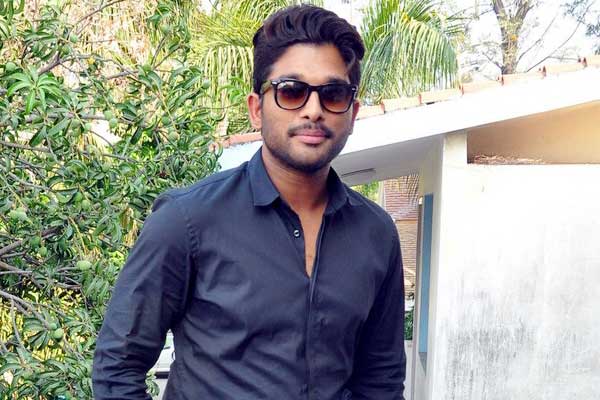 Soon after wrapping up Harish Shankar’s Duvvada Jagannadham, Allu Arjun will quickly move on to his next film which will mark the directional debut of writer Vakkantham Vamshi. Reportedly, the film is said to be a patriotic thriller and Bunny will be seen as an army man. Naa Peru Surya is likely to be the film’s title.

Currently, the core team is busy scouting locations for the film’s first schedule. It is is learnt that after a long recce, Vamshi has locked some of the picturesque locations in North India to shoot major part of the film. A close source to the team revealed that a considerable part of the film will be shot in the beautiful locales of Kashmir. Also it is heard that the film will feature a massive war episode which will be shot in Kashmir.

The female lead for the film is yet to finalized. Lagadapati Sridhar and Naga Babu will jointly produce the film.

Allu Arjun’s next to feature a massive war episode 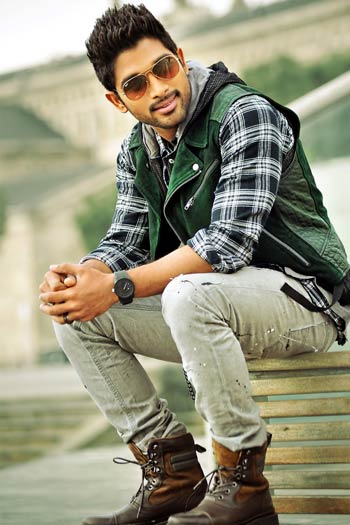 Stylish star Allu Arjun, who is playing a Brahmin caterer in his forthcoming film Duvvada Jagannadham, will don a patriotic avatar in his next outing which has writer Vakkantham Vamshi at the helm. Tentatively titled ‘Naa Peru Surya’ with ‘Naa Illu India’ as the tagline, the film will be launched in June.

Now, an interesting buzz is making rounds in the industry circles. Reportedly, the film will revolve around a war and it will feature a massive war episode during the climax. Reports suggest that Bunny will be seen as a military man in the film. The details are closely guarded by the makers and an official confirmation will be out once the regular shooting commences. A couple of Bollywood actresses are in talks to play the film’s leading lady.

Popular music duo Vishal – Sekhar will compose the soundtrack for the film. Lagadapati Sridhar and Naga Babu will jointly produce the film.