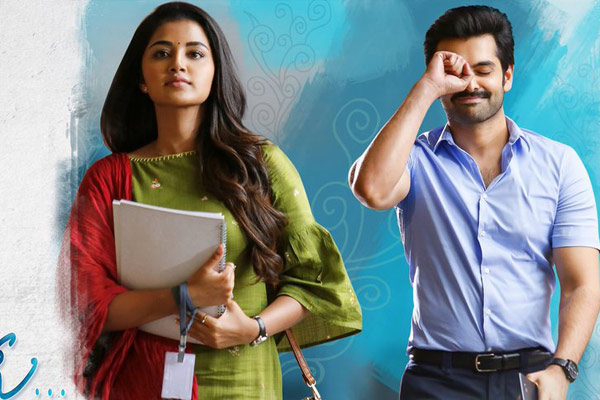 ‘Hello Guru Prema Kosame’ (HGP) which marks Ram teaming up with producer Dil Raju and director Trinadha Rao Nakkina will see him playing a suave software professional. The film’s unit is currently on a break as Ram has shifted his attention to his untitled film with Praveen Sattaru.

Unlike writer Prasanna Kumar Bezawada’s earlier two films, this film will not see Ram’s part stalking the heroine before winning her love. He’d be restrained, attitude-free yet charming. There’s a cute twist to his love story which will drive the second half, we hear. Anupama Parameswaran plays a final-year engineering student.

Although a Hyderabad-set drama, portions of the film will be shot in Godavari belt. “They are on the lookout of a street which is adjacent to a temple. The introduction song and the climax will be shot at Ram’s village in the film,” our sources tell us.

While Prakash Raj is playing one of the key supporting roles (with Aamani as his wife), we hear Rao Ramesh is on board to play Ram’s father. Senior Naresh and Posani Krishna Murali will also be seen in supporting roles. Raju is looking to release the film for September or October.

Energetic Star Ram is busy shooting for his next project Hello Guru Prema Kosame which is a romantic entertainer. Trinadha Rao Nakkina is the director and the shoot of the film is currently mid way. The makers of the film found it tough to lock the music composer and after a long search, young music sensation SS Thaman has been locked for the romantic entertainer. SS Thaman who is riding high with back to back hits will start his work for Hello Guru Prema Kosame at the earliest.