IMAX recently inked a deal with a startup Vindex (Vindex.gg) which a collaboration of Mike Sepso and Sundance DiGiovanni. Vindex is formed to create e-sports events. This collaboration will host live video game action on IMAX screens worldwide. This is a thrilling opportunity for gaming enthusiasts. As of now, it is unclear about the details of the games and their prices. The discussions are in the final stages and the gaming action will start during the first half of 2020.

Vindex is keen on broadcasting e-sports content through IMAX screens. IMAX too has been struggling for patrons as the format gets a limited release of films. This live video-game action will surely turn a huge boost for IMAX screens in countries like India. 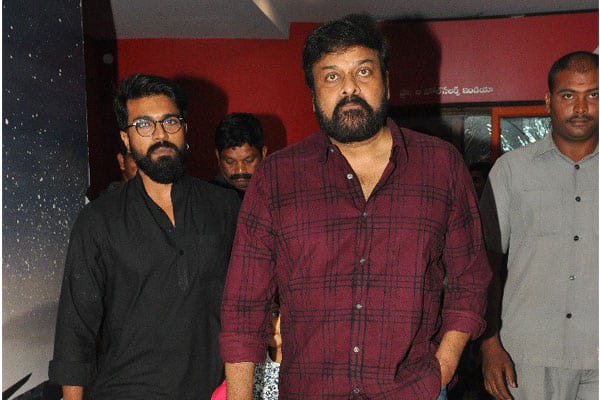 The whole world has been left in wow with SS Rajamouli’s latest directorial Baahubali: The Conclusion and the film has been raking huge money in all the languages of its release. All the top celebrities from the country left the movie unit in heaps of praises and Megastar Chiranjeevi watched the film in a special screening and he lauded the film well. Now, Megastar along with Ramcharan and his family members watched Baahubali: The Conclusion again last night. Mega family watched the film in PRASADS IMAX and Megastar was completely impressed with Rajamouli’s work.

Prabhas, Rana and Anushka played the lead roles in Baahubali: The Conclusion which trashed all the existing records of Indian cinema by miles. The film has been performing exceptional even during weekdays informed trade analysts. Baahubali: The Conclusion surpassed India’s biggest hits PK, Dangal and Sultan beating their records. Made on a massive budget, Baahubali: The Conclusion is expected to end up in huge profits and analysts predict that the film is the first Rs 1000 crore film for Indian cinema. The entire movie unit is busy promoting the film all over and they have been getting applauses from the country. Arka Media Works produced the movie which released in Telugu, Tamil, Hindi and Malayalam languages.

For all those people who have been visiting Prasads all these years, Venkat is a very familiar face. Programming Manager of Prasads Venkat completed working in 30 film so far. An avid movie buff and a free lance actor, he considers himself lucky to be a part of the magnum opus Bahubali. “I come in the first half and also in some parts in the second half. It is a proud moment for all of us that the film is faring so well at the box office. We went to Kerala and shot for ten days at Kerala. Athirapally waterfalls is very famous. We would travel forty five to fifty kilometres to go to the forests from the place where we stayed. We would leave by 5 am and return  by 7 pm.”

Venkat says there are so many senior artistes in the industry, they need not have picked me for the role and I consider myself really lucky to portray Bahubali’s father in the film. In his 13 years of his career he has never seen such unprecedented rush and pressure for tickets. There is 100 percent occupancy on weekdays too.”