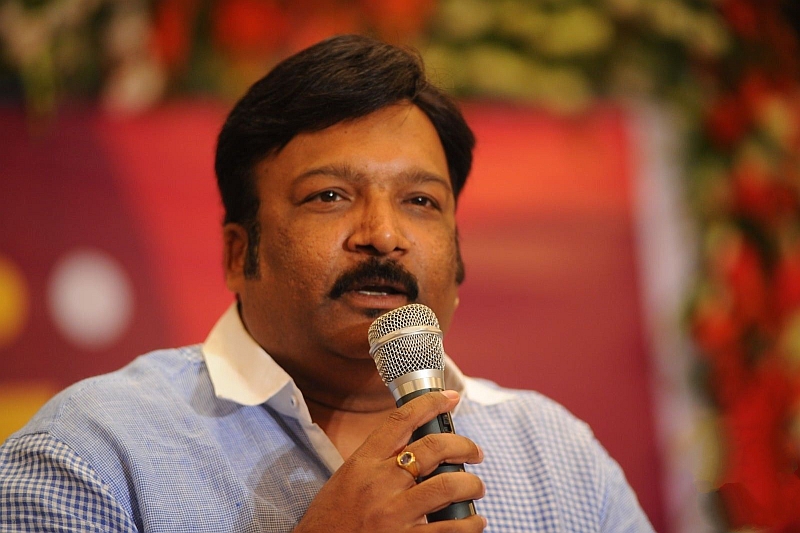 Kona Venkat is a man whose life is buzzing with tremendous activity. The writer is churning scripts for multiple actors at a time ensuring a lot of variety in all of them. He is one who firmly believes in his talent and has no real plans to shift to direction, even as several assistants of his, including Bobby having made the transition. His immediate release happens to be Bruce Lee, as he’s really also sure of his combo with Balakrishna in Dictator working big time. How is he spending time with his family amidst all this? What’s his take on the trends and unprofessionalism in the industry at times? All and more of that in an exclusive conversation with Telugu360.com

On picking popular titles: People do ask me as to why I am using classic titles like Geetanjali and Shankarabharanam. When I am doing films with young heroes, if their film has popular and established titles, it reaches fast and registers firmly in the audience’s mind. Eighty percent of the Telugu audience would have seen the film (original) before. The reach is immediate and I am picking such titles to promote new thought. It is just a marketing aspect, nothing wrong in it. I am not copying the stories. By using such titles, I don’t need to overtly worry about marketing and publicity. Sankarabharanam petti pornography teesthe tappu, after seeing the film everyone will give a standing ovation. I am taking a strong point and telling the story in an entertaining manner.

On your fracas with Sreenu Vytla: At that point of time I felt, it was my right and due credit wasn’t coming to me. I was hurt and voiced my opinion. Writers are always in the tenth position in a cinema unit, always getting the last preference. I said it is not right, it’s something that belongs to me and I worked for it. I asked repeatedly but then I had to come out openly as it didn’t work. Then we separated and after that, he realised his mistake. Everything had fallen in place. As a team we worked together and created wonders and he realised that. To err is human, there is nothing so serious that we shouldn’t be seeing other’s faces. People are humans, not gods, tappulu jaruguthuntayi. Manaspardhalu, communication gaps veru. At the end of the day, the film is bigger than us. Ramcharan had told me hundred times that our combination is great, that he (Vytla) has been talking about you positively and that why don’t you come back. When we did, things moved without any stumbling blocks. After that many writers told me they asserted themselves. You have to give writers respect, value, be it remuneration or in kind. They would tell me that when they would go to the location, they would first offer chair to sit. Press meet pedithe Kona laga? Earlier they wouldn’t even ask for a glass of water or if we had lunch. We came here on our talent, even when we were on roads helpless, we had with us our talent that none could take it away from you. No need to get scared of anyone, pani meedha bhakti bhayam undaali, not stars, vyaktulu meedha kadhu. I voice my opinion always.

On Balakrishna and his forthcoming projects: Dictator is my first film with Balakrishna. After 15 years of friendship, I am working with him after pondering if our schools of thought gel with each other. In between, we have established our school where our mark of entertainment and his style of pleasing the fans and masses. Legend ni blockbuster chesina audience andaru satisfy ayyelaga. You will see a new Balakrishna. He can’t stand stupidity and flattery, imperfection. He gets eccentric when people are not perfect or do something wrong. Otherwise he is a very cool and an easy going actor. Krishnashtami I can’t comment anything as I haven’t seen any frame so far and the same holds good for Soukhyam. If it is bad, I keep quiet. If it is good, I talk a lot. I spoke a lot about Loukyam. After you watch a film or certain scenes, you get that sort of confidence and you tend to speak without qualms and doubt, i.e. after the Vijayawada audio function. Very few directors sync well and Sreenu Vytla is one of them, it is a pushakara kalam, ekkuva kalam kapuram chesina bhartha athanu. With Vasu Verma and Ravi Kumar Chowdhary also, we are able to travel well, what has to be seen on screen is how he caught and grasped our kind of comedy.

Attachment to his films: I beg the director to show me the film after it is done. If I don’t like it I tell them..babu nee kaalu pattukunta malli re-shoot cheddam. If you don’t like it na peru teeseyi. I am so emotionally attached to my films.

Spending time with family: I rate myself four out of ten as a family person. After projects, I take some time out and take them out of the country. That is all for the family. To get something, I need to sacrifice something. I have challenges everyday but thanks to technology I am able to keep in touch with them. My daughter is in USA, another heads UBER , she is all India communications manager, has done masters in London in communication. I am with them on FB and Whatsapp. Work is keeping us apart but I am able to connect with them in between. We have to handle a lot of stupidity and lot of unprofessional people here, most of them. There is no need of qualification to become an assistant director, not even a third standard people. They are unprofessional. We have to understand their passion for cinema and connect and correct them. There is no point losing cool.