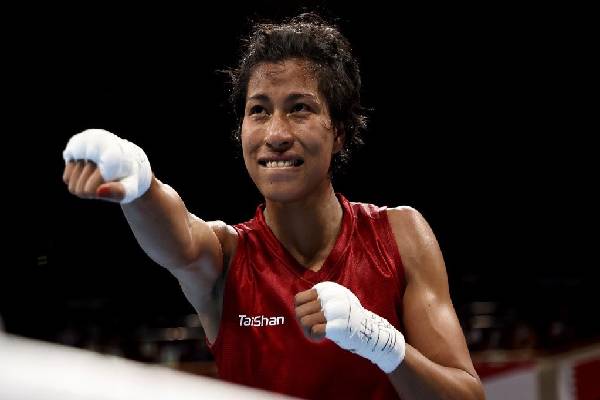 Boxer Lovlina Borgohain became the third Indian athlete at the Tokyo Olympics after weightlifter Mirabai Chanu and shuttler PV Sindhu to clinch a medal — a bronze — after she lost her welterweight semifinal bout to Turkey’s Busenaz Surmeneli at the Ryogoku Kokugikan Arena on Wednesday.

India have now bettered their 2016 Rio Olympic Games tally by clinching a silver and two bronze in Tokyo.

The 23-year-old from Golaghat district of Assam lost her 64/69kg category last-four bout in a unanimous decision to Busenaz, who is among the best in the business and is ranked No. 1 here.

Lovlina also became the third boxer to win a medal at the Olympics for India after Vijender Singh and MC Mary Kom’s bronze at the 2008 and 2012 Olympics respectively.

Lovlina had already assured India of its first boxing medal from the Tokyo Olympics when she defeated former world champion and fourth seed Chen Nien-Chin of Chinese Taipei 4-1 in the quarterfinals. Earlier, she had beaten Germany’s Nadine Apetz 3-2 in the pre-quarterfinals.

Busenaz, the 2019 world champion fighting from the red corner, was attacking from the word go. She was punching well from both sides and landed her left hook easily. Lovlina started well too but became defensive midway. Though she made a late surge to get points, Busenaz won the first round, with the judges giving her five 10s.

In the second round, Lovlina was quick on the attack. But Busenaz continued to be proactive in the ring. Both pugilists landed continuous punches but the Turkish boxer won the second round. Lovlina had five 9s from the judges, but got a deduction of one point for punching after the referee had closed the second round.

The final round saw Lovlina trying to bridge the gap with body punches. But Busenaz started to avoid her punches and landed a left hook followed by an uppercut. Lovlina punched non-stop till the end, but it was too late to make a turnaround against Busenaz’s persistent attack.

Busenaz let out a scream when the final bell rang. The 23-year-old knew she was the more dominant and superior boxer on show. She now advances to the gold-medal bout, where she will be up against China’s Gu Hong.

Lovlina’s loss in the semifinals brings India’s campaign in boxing at the Tokyo Olympics to an end.