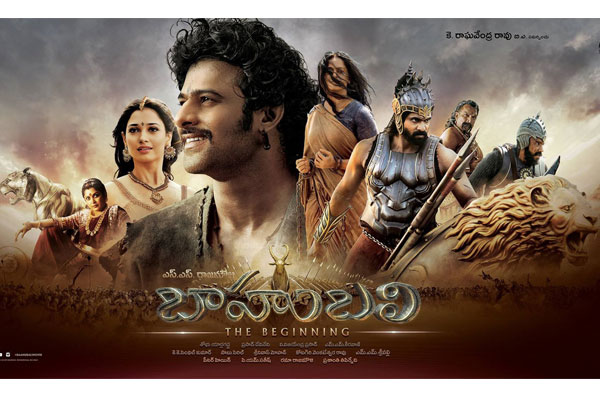 With the success of Baahubali, and Srimanthudu and not so recent Malli Malli Idhi Rani Roju, the audience are thronging theatres to watch sensible cinema. Few people in the industry even commented that the above films are a hit even without a Brahmanandam in it. Are the film makers responsible for not dishing out strong content oriented cinema? Are they scared that the audience might reject anything that doesn’t have fun? A few film makers give their perspective to Telugu360.com about cinema post Srimanthudu.

Ask Chandoo Mondeti who made his debut with Karthikeya, how he risked doing something offbeat at a time when people were going to the theatres for the same kind of formula comedy. He says, “If cinema is good, people will watch it 100 percent. Quality in cinema, be it story or 24 Crafts, has definitely begun. Karthikeya is a safe bet, I thought if I make a run of the mill story, I would be thrown out. I was sure that even though the film might not be a commercial success, people will definitely appreciate it. You should tell the story you want it to be. In Karthikeya there is a dialogue in the beginning that takes place in the mortuary…suspense ki comedy thodu avuthe, film is a hit. Look at Rajkumar Hirani – whatever the genre is he says it with entertainment-be it God or Gandhigiri.

People will not remember regular cinema, they might enjoy it nevertheless. Flop or hit, no one can predict but the amount you spend if controlled, you can be safe. Without Brahmanandam, Baahubali and Srimanthudi have become blockbusters, that is what industry people and media is saying. But if Brahmannadam is present, there will be buyers but with the success of these two films, the story has taken a different turn. Brahmanandam ni pettukunte story work out avvali, otherwise it is a disaster. There should be a capable director who should control him. Never blame the audience, not necessary to depend on a comedian, instead depend on a story.”

There were films like Pandaga Chesuko that didn’t get good reviews but all the buyers were safe. That is one kind of entertainment we are unable to judge. Masala had better content and it was a multi starrer, but it was a complete wash out, there was no audience for the matinee show. Venkatadri Express director Merlapaka Gandhi comments, “Content is important, people will enjoy anything, be it Ready or Dhee. New films are coming. Kanche trailer adiripoyindi, it is a new genre. Entertainment is not about Brahmanandam or Vennela Kishore, it is characterisations. In Srimanthudu, there was no fun but there was content. Audience will enjoy even if you recycle an old story. The artistes are not important, how you portray their characters matter. My film with Sharwanand will be different, it is a road movie with all ingredients, different screenplay. I should like the story first, I want some magic even before the audience likes it. Venkatadri Express was on train. Because I don’t want the story to stop, it should be moving. Something is happening aney feel untadhi. I like stories that move, there will be fun in the screenplay. Almost 75 percent of the film is done.”

Damodar Prasad says never talk about audience, they are receptive to anything, we do the same crap always. He adds, “One film runs and we follow the same formula. Let us not blame the audience by talking about formula and Brahmanandam. Maro Charitra was ahead of time, so was Julie, didn’t we see it? Business and safety is a different ball game. You make a blue film, it will run but that is not business. It was a different phase when all the films starring Brahmanandam worked. Brahmanandam is a maha natudu in working out comedy but athanu untene cinema nadusthundi is wrong. For an earlier film, they said it was MS Narayana who contributed to the success. How long can you make the same films, no wonder Aagadu and Kick failed. People are fed up. You want to make a realistic film or film with fantasy. Which format do you want? If there is a new concept, people will definitely watch. Writers too will change with the audience, they will shift the style of writing and content. Kotthaga alochistaru, kotthaga raastharu.”

He further states, “I want to be in the business and make money but what do you do, which route do you take? Shorter one or the longer one? No one is wrong, but it is just a matter of perspective and choice. Some people don’t want to experiment and they take the safest route. Everything has a plus and minus. When I did Anthakamundu, everyone said it is a bold step but I went ahead. People say 101 things, but what is that the film maker ultimately wants? Every generation audience has been receptive, it is we who are looking for safety as it is a high stake business. When it comes to quality, we are still down compared to the Hindi film industry.”