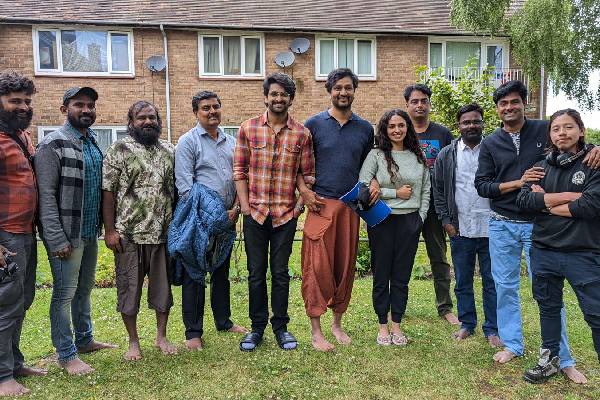 There’s always curiosity among audiences, fraternity and trade circles when actors and directors with a successful track record reunite for a new film. Eminent production house People Media Factory is joining hands with another new banner, Dasari Productions, for an exciting project Phalana Abbayi Phalana Ammayi. The film brings back Naga Shaurya and Malavika Nair together after their hit-collaboration Kalyana Vaibhogame.

Actor, writer and director Srinivas Avasarala, who associated with Naga Shaurya for quality films like Oohalu Gusagusalade, and Jyo Achyutananda in the past, is wielding the megaphone for Phalana Abbayi Phana Ammayi. There’s immense buzz and excitement all around that names who enjoy such credibility like Naga Shaurya, Malavika Nair and Srinivas Avasarala are collaborating to tell another refreshing story.

Phalana Abbayi Phana Ammayi is currently being shot across picturesque locations in London. Apart from the lead pair, a bulk of the supporting cast too will take part in the schedule. “We’re happy to team up with such a talented cast, crew who’ve proved their worth in the past,” said producers TG Vishwa Prasad, Dasari Padmaja and co-producer Vivek Kuchibhotla.