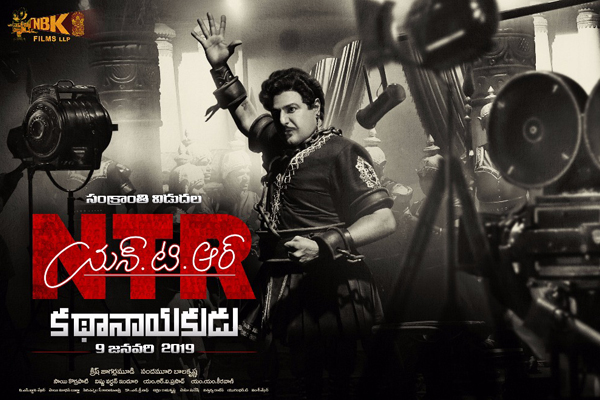 The first look of Nandamuri Balakrishna in and as ‘NTR’ released on Independence Day, got a terrific response with Balakrishna appearing as aged NTR in saffron costumes.

After a while the makers have revealed a fresh look of Balakrishna in which he is seen as a young and dynamic bandit. The poster carries another title too i.e, ‘Kathanayakudu’ and below to it, the makers have made it official about the release date on January 9th.

NTR in his span of over five decades has done many versatile roles and got audience appreciation. He redefined the stardom and protagonist craze and brought whole new meaning to heroism.

This poster will be a feast to the cult NTR fans while mass Balayya fans will rejoice the moment. Being directed by Krish, the film is being made in two parts. The second is titled as ‘NTR – Mahanayakudu.’