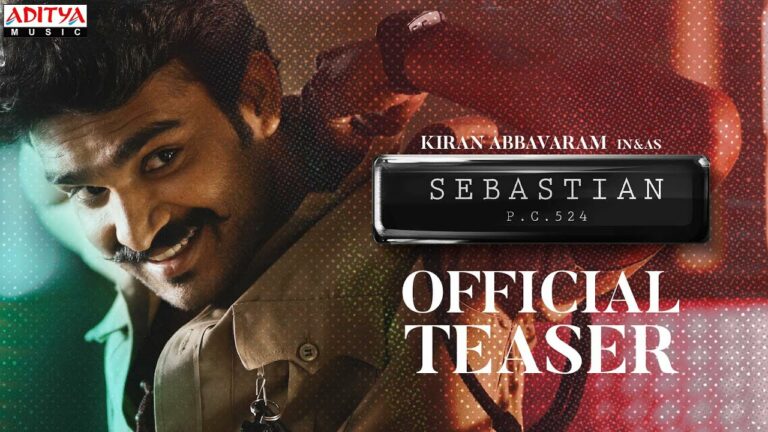 Hero with night blindness knows how to make us smile!

‘Sebastian P.C. 524’ is a comedy thriller set in Madanapalle, Andhra Pradesh. The premise is that Seba, who suffers from night blindness, enters the police profession and how he tides over his disability in pursuit of his ambition is what this Balaji Sayyapureddy directorial is all about. An untold secret persists.

The teaser is out and one is sold on the premise, the content and the kind of humour the film has to offer. The ‘SR Kalyanamandapam’ actor doesn’t take his night blindness lightly and when he has to be on duty at night, he only has prayers on his lips. “Let nobody need my help,” he begs of God. After he twirls his moustache, Seba hits someone hard and asks if he reminded him of Jackie Chan’s stunts!

Since the movie is also a thriller, the pace becomes racy after a point in the teaser. We see tense situations involving characters played by the likes of Namratha Darekar and Adarsh Balakrishna. Srikanth Iyyangar plays the hero’s colleague in the police department.

The full force of Ghibran’s music will be on display in the film. But Raj K Nelli’s cinematography looks adept. Also featuring Komalee Prasad, Rohini, Mahesh Vitta, George, Surya, Raj Vikram, Ravi Teja, Latha and others, the film will hit the screens on February 25.