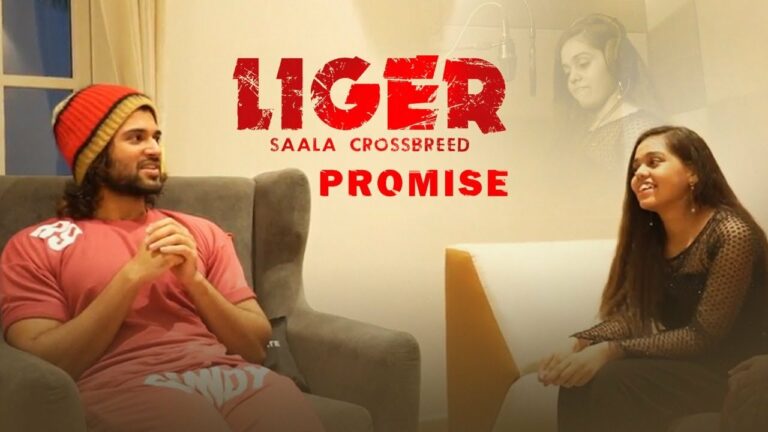 Vijay Deverakonda’s first pan India film Liger being helmed by Puri Jagannadh will have its next schedule to begin very soon in Goa. Ananya Pandey plays Vijay’s love interest in the sports action drama that will also feature Ramya Krishnan and Ronit Roy in important roles.

Latest update is Indian Idol 12 finalist and Telugu girl Shanmukha Priya has crooned a peppy number in the film. The news is announced officially by Vijay Deverakonda who shared a video. It shows, Shanmukha Priya has completed recording the song and Vijay told her to listen to it very soon, after final mixing completes.

As is known, Vijay Deverakonda promised Shanmukha Priya to give the chance to sing a song in his film and he didn’t take much time to keep his promise.