Wife of techie, who ended his life in US, attempts suicide 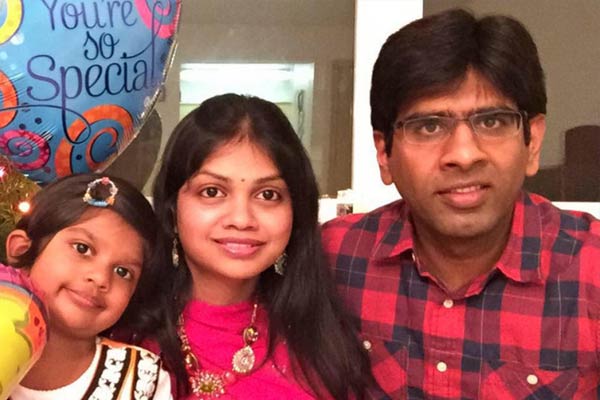 The wife of a techie, who allegedly committed suicide in the US earlier this month, also attempted sought to kill herself here on Friday after her husband’s family blamed her for his death, her family said.

Swati consumed toilet cleaner at her house in Kuthapet area. Family members rushed her to a hospital, where her condition was critical.

Madhukar Reddy Gudur was found hanging from a fan in his house in Seattle on April 4. Swati was also working as a software professional in the northwestern US city. The couple, who recently moved to their new home, have a four-year-old daughter.

The body of 37-year-old techie was brought to his home town Bhongir in Telangana and cremated on April 11.

However, his relatives attacked Swati, when she came to attend the funeral. Blaming her for his death, they asked her to go away.

The next day, Swati had called a press conference to deny the allegations leveled by Madhukar’s parents. She said that Madhukar committed suicide due to depression and work-related stress.

Meanwhile, Swati’s father Narasimha Reddy said that she was under mental pressure due to the treatment meted out to her by her in-laws at the funeral.

He said that Swati took the extreme measure as she was facing threats and baseless allegations from Madhukar’s parents.