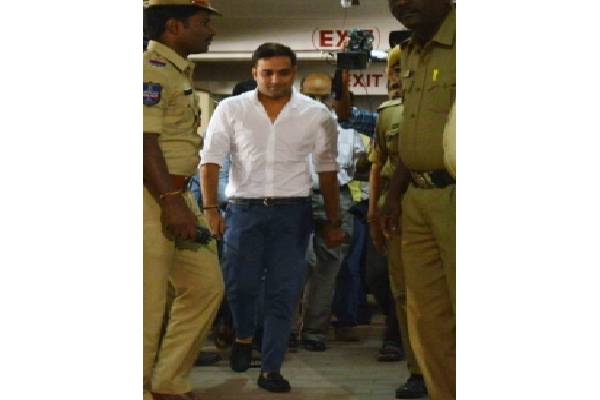 The Enforcement Directorate’s probe in connection with a money laundering probe linked to four-year-old drugs case allegedly involving some Tollywood personalities entered the final phase with actor Tarun Kumar on Wednesday appearing before the central agency.

He reached the ED’s zonal office here around 10 a.m. in response to the notice served by the agency last month.

The ED sleuths are likely to question him about suspicious financial transactions, whether he knows Calvin Mascarenhas, a musician and prime accused in the case and if he ever attended parties held at ‘F’ Club.

Tarun is the 10th person from Telugu film industry to appear before the ED since it began questioning on August 31 in money laundering probe in connection with a high-end drugs racket busted by Telangana’s prohibition and excise department.

The questioning was believed to be around their suspicious financial transactions with those involved in drug case.

The ED had last month issued notices to about a dozen people connected to Tollywood as part of a money laundering probe linked to the case related to the smuggling of ‘Class A’ narcotic substances, including LSD and MDMA.

The ED officials have been summoning Calvin Mascarenhas and other accused for questioning parallel to the questioning of Tollywood personalities.

The drugs racket was busted on July 2, 2017 when customs officials arrested Calvin Mascarenhas, a musician, and two others and seized drugs worth Rs 30 lakh from their possession.

They had reportedly told the investigators that they are supplying drugs to film celebrities, software engineers, and even students of some corporate schools. Mobile numbers of some Tollywood celebrities were allegedly found in their contact lists.

Tarun was among Tollywood celebrities questioned by the Special Investigation Team (SIT) of the prohibition and excise department in 2017. He had denied taking drugs or having links with the accused arrested in the case.

The investigating team had also collected his blood, nail and hair samples to establish if he had been consuming drugs. Following the report of Forensic Science Laboratory, SIT had given him clean chit.

A total of 12 cases were registered in connection with the drugs racket. Thirty people were arrested while 62 individuals including 11 people connected with Tollywood were examined by the SIT under section 67 of the Narcotic Drugs and Psychotropic Substances (NDPS) Act and section 161 of Criminal Procedure Code.

An American, a South African and a Netherlands national were among those arrested.

The SIT had collected blood, hair, nail and other samples from some of those who appeared before it for question and sent them for analysis.

The SIT filed chargesheet in eight out of 12 cases. It, however, gave clean chit to the film personalities who were questioned as part of the investigation. 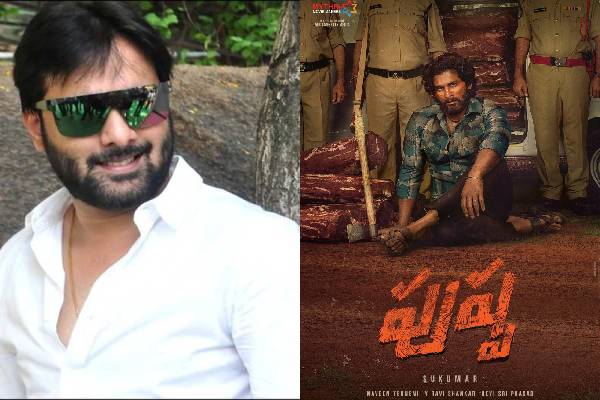 Stylish Star Allu Arjun is all focused on his upcoming project titled Pushpa. Sukumar is the director and the shoot of the first installment reached the final stages. Critically acclaimed Malayalam actor Fahad Fazil is playing the role of the lead antagonist in the film. The actor’s recent film was dubbed into Telugu and is streaming on Aha as Anukoni Athidi. Fahad Fazil and Sai Pallavi played the lead roles in this thriller. Young actor Tharun dubbed for Fahad Fazil’s role in Telugu. This came as a special surprise and impressed everyone.

Sukumar is now keen to rope in Tharun to dub for the role of Fahad in Telugu as he felt that Tharun’s voice matched Fahad well. The discussions are currently on and things will be finalized very soon. Tharun is left with no offers currently and he is away from films for the past few years. Pushpa will be a great opportunity for Tharun to start a new innings in his film career. Pushpa has Allu Arjun, Rashmika Mandanna, Fahad Fazil, Sunil, Anasuya in the lead roles. Produced by Mythri Movie Makers, Pushpa releases this year. 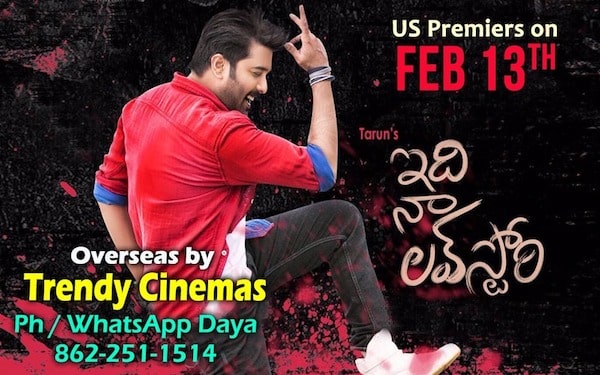 “Idi Naa Love Story” is actually a Kannada remake of the super hit “Simple Agi Ondi Love Story.” The Telugu version is being directed by Ramesh Gopi and produced by S.V. Prakash under Ram Entertainers banner. Actress Oviya has made her debut as a female lead in Telugu with this film.

Tarun is considered as the Lover Boy of Tollywood who started his career as a child artist in a myriad of movies. As he grew up, he continued the success rate with all time glorious films such as “Nuvve Kavali,” “Nuvve Nuvve,“”Nuvvu Leka Nenu Lenu,” “Sasirekha Parinayam” and many more. After a long gap, Tarun has decided this is the right time to make a big re-entry.

The trailer really looked good and promised some freshness. Tarun is seen in a completely new look for the movie.

Directed by Ramesh Gopi, produced by S.V. Prakash under the banner of Ram Entertainers and the music by AR Rahman’s disciple Srinadh Vijay.

Movie is all set to release worldwide on Feb 14th and US Premiers on Feb 13th.

For further details, or to exhibit in your areas feel free to contact:

Young actor’s next to have two directors 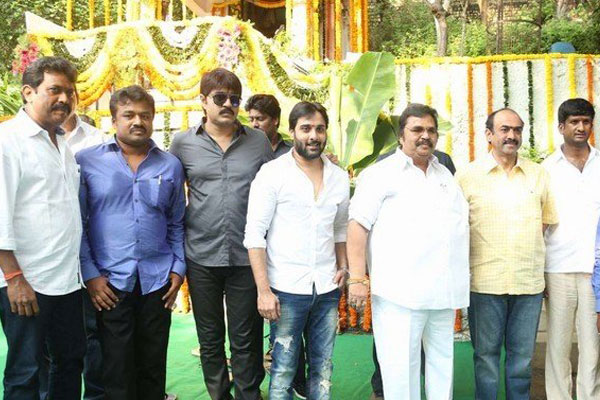 Going through hard times with a string of flops, young actor Tarun is desperate to bounce back with the remake of the Kannada smash hit, ‘Simple Agi Ondh Love Story’. The film, which will be helmed by directors-duo Ramesh and Gopi, will have its shooting schedules in Udipi, Coorg, Hyderabad and abroad.

The formal launch of the film was held yesterday in Hyderabad. Dasari Narayana Rao and actor Srikanth attended the event. The regular shooting will commence from October second week and the unit is looking to complete the film by December. A new actress will be cast opposite Tarun. Srinath Vijay will be scoring the tunes. SV. Prakash is the producer for the film.