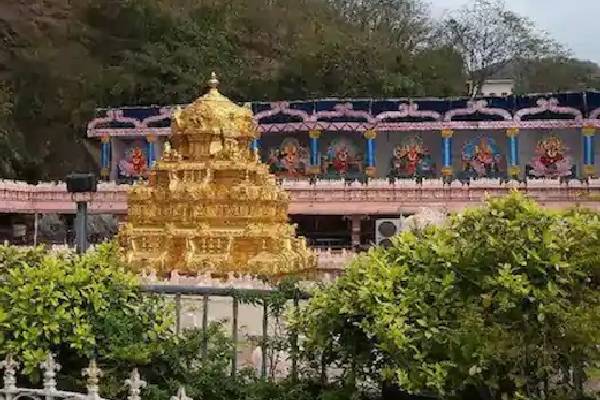 In God’s name… Rest pay in cash…. this American adage turns out to be cent per cent true in case of the trust board of the famed and historic Kanakadurga temple atop the holy Indrakeeladri. Quietly, the endowments minister is reportedly pulling the strings and is accused of filling the trust board with ‘Yes’ men and ‘yes’ women.

Trust Board’s woman member Varalakshmi, in whose car 283 liquor bottles were found, has now been reinstated on the sly. In fact, the case against her son and her driver are still pending and the member herself had admitted that the car did belong to her. In fact, she had resigned owing moral responsibility for the incident. The incident had occurred near Jaggaiahpet of Krishna district. Despite all this, she had quietly written a letter to the Trust Board chairperson for reinstatement, which was accepted pronto and she was immediately made a member of the trust board again.

There are allegations that she was brought back under pressure by Endowments Minister Vellampalli Srinivas. Interestingly, the minister represents Vijayawada West constituency and the temple falls under this constituency. There are also allegations that the minister himself had sent a letter of recommendation in support of the tainted former member.

This is in stark contrast to the way the erstwhile TDP regime had dealt with allegations of far too less serious nature. During the TDP regime, a woman member of the trust board was accused of stealing the sarees offered to the deity. Though the CCTV footage evidence was inconclusive, the then government acted sternly and suspended her from the trust board.

Unfortunately, two of the members of the Trust Board are facing cases. One member is accused of CM relief fund embezzlement. Yet, no action has been taken so far on them.