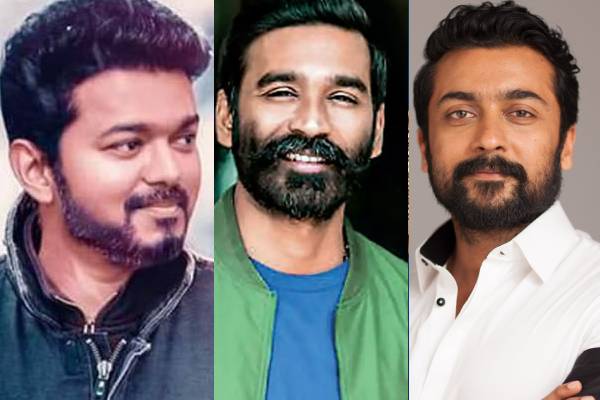 Several Tamil stars are focused on Telugu cinema and are set for Tollywood debut. Actors like Vijay, Suriya and Dhanush are all set to do their first-ever straight Telugu movie very soon. These projects will have a release in Telugu and Tamil along with other languages. Considering their Tamil market and Telugu film stamina, the actors are charging huge for their Tollywood debut. Vijay has quoted Rs 100 crores plus profits on his Telugu debut and the film will be directed by Vamshi Paidipally. Dhanush will soon work with Sekhar Kammula and the young actor is taking Rs 50 crores as remuneration for the project.

Suriya will co-produce all his upcoming projects and will share the profits apart from his remuneration. The actor is in talks with Boyapati Srinu and Dil Raju is on board as producer. His production house 2D Entertainment will be a production partner for the project. On the whole, several Tamil actors are focused on Tollywood to expand their market and at the same time, they are charging huge for their films. All these actors are currently occupied with a bunch of Tamil movies.