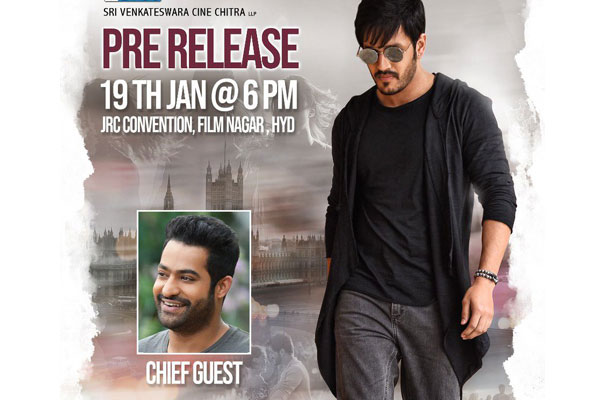 Young actor Akhil pinned several hopes on Mr Majnu which is his third film. Venky Atluri is the director and Nidhhi Agerwal is the heroine. The entire shoot of the film is called and Mr Majnu will release on January 25th all over. The pre-release event of Mr Majnu will take place on January 19th in JRC Convention Centre, Hyderabad.

Young Tiger NTR will attend the grand event as Chief Guest. SS Thaman’s music is already a smashing hit and BVSN Prasad is the producer. Akhil is in plans to taste his first success with Mr Majnu.