The Telangana High Court on Tuesday once again slammed the KCR government over its handling of the outbreak and not following its earlier directives.

Expressing concern over the grim situation in Telangana, the High Court pulled up the state government over its improper handling of COVID-19 patients, treatment and testing.

The High Court had directed the Telangana government to inform the public through media the centers where Covid-19 tests were being conducted.

Further, the HC expressed deep anguish over the sorry state of affairs in the state in so far as Covid-19 situation and its handling was concerned. The HC observed that the government had failed to provide due care to the Covid-19 patients bodies.

Earlier, the High Court bench comprising chief justice Raghavendra Singh Chauhan and Justice B Vijaysen Reddy had directed the Telangana government to submit a report on the number of tests conducted between May 23 to June 23 and the details of the primary and secondary contacts. The court had also ordered submitting details on the number of PPE kits supplied to the healthcare workers, warning that it may initiate contempt proceedings for not adhering to the orders passed earlier on supply of PPE kits to frontline warriors.

The HC observations come in the wake of an alarming rise in Covid-19 cases in the state which have climbed to 37,745 positive cases with 375 fatalities. 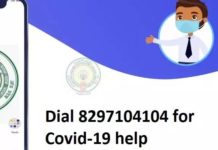