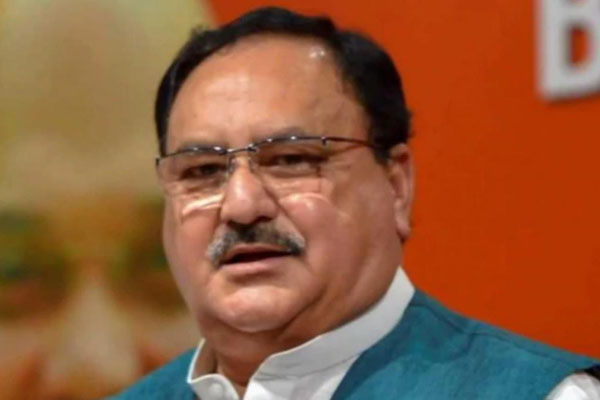 Two Telangana ministers on Sunday slammed BJP President J.P.Nadda for making an “irresponsible” statement on the state’s handling of Covid-19 situation and asked him not to play petty politics over the issue.

The two ministers reacted to the remarks made Saturday by Nadda while addressing a virtual rally to highlight the achievements of Modi government in the first year of its second term.

Rajender said it was unfortunate that at a time when the entire country is grappling with the pandemic, the BJP President made an uncalled for and irresponsible statement.

“BJP should stop doing cheap politics over the issue. A Delhi leader speaking gully (street) language is unfortunate,” Rajender said and asked Nadda not to make baseless allegations without evidence.

He said the virus was spreading fast in Gujarat, Uttar Pradesh, Madhya Pradesh and in other BJP-ruled states and the President of that party had the temerity to criticise Telangana for its COVID-19 response.

Rajender also launched a counter-attack on the Centre saying a high-end medical diagnostic device procured by Telangana to enhance its Covid-19 testing capacity, was diverted to West Bengal.

The minister said the machine could have increased the testing capacity in the state to 4,500 per day but the Centre diverted to West Bengal from Chennai by the Centre.

Rajender said when he took-up the issue with Union Health Minister, Harsh Vardhan and Director General of Indian Council of Medical Research (ICMR), Dr Balram Bhargava, they said this was done as the situation in West Bengal was not good.

He said the Centre gave only two lakh N95 masks and some PPE kits like ‘alms’ to Telangana. He claimed that the state on its own procured the necessary equipments to battle Covid.

The minister claimed that without much protest over the issue, Telangana focused on developing its own capacities and abilities.

He said while the Chief Minister rose above the politics to back Modi, the BJP leaders were politicizing the pandemic.

He also reminded Nadda that even teams from the Centre appreciated Telangana’s response to COVID-19.

Finance Minister Harish Rao also hit out at Nadda and asked him how a former Union Health Minister could speak in a tone demeaning the services of healthcare professionals.

Harish Rao tweeted that politicising coronavirus was akin to demeaning national security. He said the BJP chief’s statement will demoralize the frontline workers who are risking their lives to defeat Covid-19.

“We believe that soldiers guarding the country’s borders and doctors fighting against Coronavirus without caring for their lives are the same. Prime Minister Modi has also been saying the same. You say it is not appropriate to criticise the government over the issue of national security. You lecture others that soldiers will get demoralised. Is criticising the state on the issue of coronavirus politics?” Harish Rao asked.