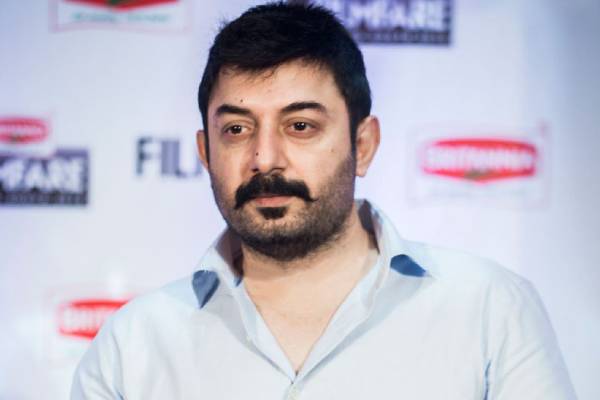 There are several ongoing speculations about Mahesh Babu’s upcoming movie Sarkaru Vaari Paata. Parasuram is said to have designed a powerful characterization for the antagonist. Kannada actors like Upendra and Kicha Sudeep are considered but the makers are tight-lipped about the same. The latest news we hear is that the makers are considering Tamil actor Aravind Swamy for the role.

Aravind Swamy started his second innings with a bang and impressed the audience big time with his performance. The makers are in plans to approach Aravind Swamy for the lead villain’s role as per the speculations. The female lead too is yet to be finalized. Parasuram will start the shoot from October and the film is aimed for release during the second half of next year. Mythri Movie Makers and 14 Reels Plus are the producers.