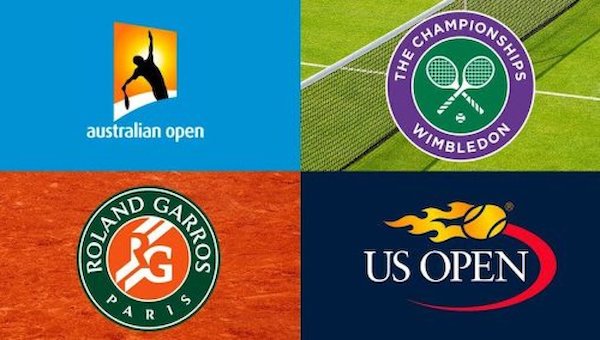 Tennis fans across the world are eagerly looking forward to the tennis season in 2021. Despite being plagued by the pandemic, fans still got to see some tennis action in 2020 and most of the results, especially in the three Grand Slams that took place, were in line with what we would have expected. But will the same trend continue next season for the majors? Mentioned below are our top tennis predictions for who can win the 4 Grand Slams in 2021.

The Serbian continues to make a name for himself in the sporting world as he won the Australian Open for the record 8th time. He successfully defended his title by defeating Dominic Thiem in the final, in addition to regaining the No. 1 singles ranking from Rafael Nadal at the start of the season. Djokovic has been absolutely flawless in Melbourne, having won the Grand Slam 4 times out of his last 6 appearances there.

That said, he will need to keep an eye out for the young guns like Dominic Thiem and Daniil Medvedev, who are quietly ushering in a new era of tennis, away from the dominance of the big four.

This one is a no-brainer. Rafael Nadal, rightfully dubbed as the King of Clay, won the Paris Slam for a record 13th time, beating none other than Djokovic in the final. Even though the Roland Garros was moved to September owing to the pandemic, it did not deter the Spaniard from defending his title successfully. Nadal also equalled Roger Federer’s all-time record of 20 Grand Slams.

As four-time defending champion, Nadal is definitely going to start as the heavy favourite to conquer the clay surface once again. Once again, he will need to keep an eye out for the likes of Them and Stefanos Tsistipas – the two semi finalists from the 2020 edition. Thiem, particularly, has shown a lot of promise on clay and has the best chance of ending Nadal’s rule in Paris.

2020 did not see any tennis action at the SW19 but next year, Wimbledon will rejoin the fray. Federer, at 39 years of age, still shows no sign of slowing down. If anything, he took the majority of 2020 off to recover from the right knee surgery he underwent in February.

Even though the odds may be against him, Federer’s impeccable legacy at Wimbledon will always make him a favourite. After all, if the Swiss is to call it quits on his career, winning the Grass Grand Slam once again would be the way to go.

With him, there’s also Djokovic lurking in the corner as the heavy odds-on favourite. Tsitsipas and Alexander Zverev may also upset the field.

US Open: Anyone’s to Win

The 2020 US Open, although hastily organized, was won by Thiem who defeated Zverev in the final. Next year, assuming all things go according to the plan, we can expect the crown to be taken by any of the young guns.

Historically speaking, the Slam takes place toward the end of the season when players are fatigued by constant tours and competitions. In fact, the last time someone defended the title successfully was in 2008; it was Federer who had then won the tournament five times in a row.

Since then, the Slam has seen a different champion every year. It may not be Thiem’s to win in 2021 but the likes of Zverev, Medvedev, Tsitsipas will certainly fancy their chances.