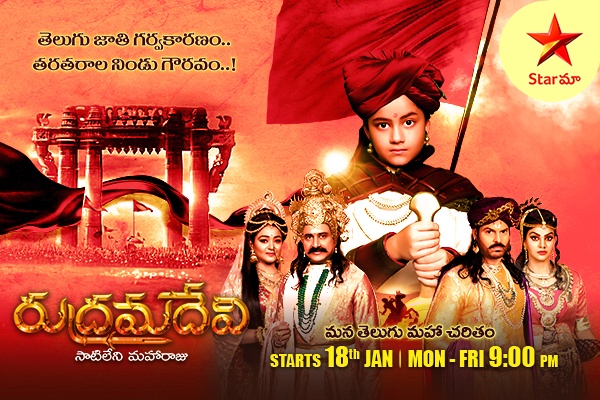 The epic journey of Queen Rudrama Devi is now coming as a Tele serial on Star Maa.

Queen Rudrama Devi- A name that stands out in Indian history as the pride of Telugu people, a story that sparks inspiration in every younger person’s mind, and an emotion resonates with every Indian’s heart is now coming as a Tele serial on Star Maa.

Built with some of the most incredible technical values, this serial is one of the most prestigious projects that Star Maa has ever taken up.

Depicting the life of queen Rudrama Devi, the pride of the Telangana region, and one of the most influential characters of Indian history, “Rani Rudrama Devi” serial is beginning on Star Maa on 18th of January.

The tale of Rudrama Devi is an awe-inspiring one for centuries. Bringing her epic journey to life on the small screen is an attempt from Star Maa to make the present generations closer to one of the proudest moments of Telugu history.

Known for its versatile shows and awe-inspiring serials, Star Maa has been continuously raising the bar of how the Telugu audience pursue television. With this show, the channel set a whole new standard in the production of Telugu serials. Watch this most prestigious show by Star Maa at 9 PM from the 18th of January. 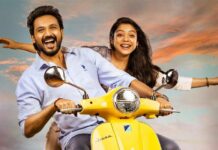