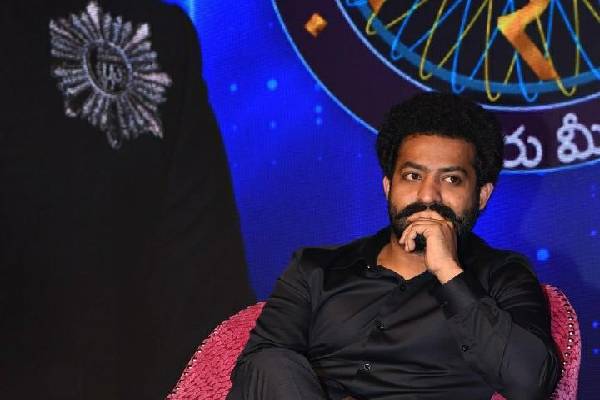 Young Tiger Jr NTR, as a part of ‘Evaru Meelo Koteeswarulu’ promotions, has attended an interview and revealed some interesting things. When a media person asked if he will enter politics according to his fans’ wish, Jr NTR replied in an intelligent way!
The actor asked the media person to answer his own question as he has told about it in many interviews. This funny talk has made everyone there laugh! Finally, NTR told that it is not the right time or right situation to speak about his entry into politics.
While Jr NTR fans want him to enter politics, many people feel that he would stay in films as he has a lot of craze in Tollywood right now. However, this young tiger hasn’t cleared his fans doubts. He also said that he needs a complete day to discuss it.
On the film front, Jr NTR is going to be seen in Rajamouli’s big-budget film ‘RRR’ in which he is playing the role of Freedom Fighter Komaram Bheem. His look as Bheem which was released a few months back got a great response. The film will be released on 13 October 2021.