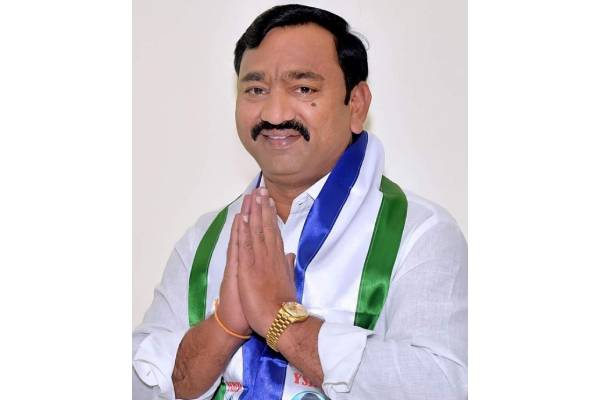 This MLA’s biggest problem is his shadow MLA. This YSRCP MLA is a political greenhorn and has very little experience in politics. Luck has catapulted him to MLA’s position. He has won with a good majority. But, his over dependence on his key associate is turning out to be a huge problem. Not only is it bringing him a bad name, it is also making him a laughing stock.

The MLA in question is Namburu Shankar Rao of Pedakurapadu assembly constituency. Rao was a realtor before he joined the politics. He won a landslide in 2019 elections and became an MLA. Realising that he is new to politics, Rao brought his close friend from TDP Kancheti Sai into the party and entrusted him the responsibility of running the affairs in the constituency. Soon, Sai became known as ‘shadow MLA. He began dabbling in everything and his nod was a must for anything. Sai began bringing his friends from the TDP. This caused a great heart burn among the loyal YSRCP activists.

Recently, Sai got involved in a dispute over sand quarrying in Ambatipudi reach in the constituency which abuts Krishna river. The reach was leased to a company called JP Power Ventures. But, Sai not only objected, but even destroyed the approach road to the reach. The JP Power Ventures went straight to the DGP and lodged a complaint with him. On knowing this, the party higher-ups gave both the MLA and his ‘shadow MLA’ a dressing down. They also chided the MLA for blindly trusting Sai.

The MLA has reportedly become a laughing stock among the politicians. Also, the people in the constituency are wary of the excesses of the ‘shadow MLA.’ In the process, it is the MLA who is getting the bad name.