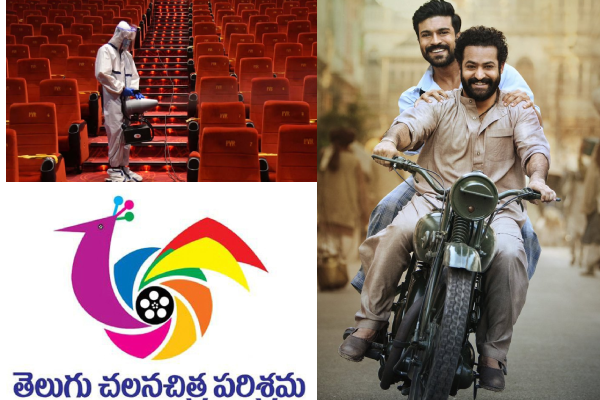 Tollywood has been registering huge theatrical shares like never before in the recent years and the market expanded widely. It is then the film industry faced a shock through the coronavirus pandemic. The exhibition industry is shattered and the producers are under stress because of the heaped-up interests. Films like Krack, Uppena, Jathi Ratnalu, SR Kalyanamandapam and Love Story left the buyers in profits and the rest of them fell short of the expectations. The equations after the pandemic changed completely. The ticket pricing GO issued by the government of Andhra Pradesh turned out to be a dent for the revenues in the state.

The non-theatrical rights for films featuring stars and directed by prominent directors have seen a remarkable rise. These turned out to be the major strength for producers. Most of them made profits despite their films having a poor run in theatres. The theatrical market is slowly shrinking. The distributors are not ready to pay hefty amounts post-pandemic. A section of audience are still not ready to watch the films in theatres because of the pandemic and some of them are staying away because of the early digital release of films.

Though the cap of the digital release was fixed as 56 days from the date of theatrical release, the movies are streamed early. This is having an impact on the theatrical revenues of Telugu films. Even films like RRR are facing the heat from the distributors. The negotiations are currently on as the distributors are wanting a cut in the deals. For big-ticket films, the theatrical revenue plays a crucial role though the non-theatrical rights recover apart of the budget. The stars are not ready to cut down their paycheque even when producers are struggling with stress.

It is quite important to save the exhibition industry and the theatrical business at this time. The producers should come up with a plan to control the remunerations and budgets to stay in business for a longer time.