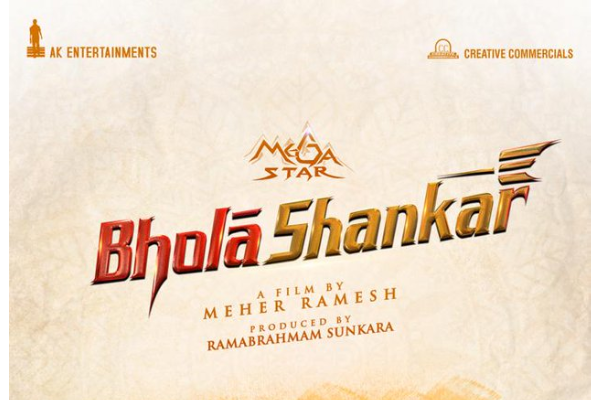 Megastar Chiranjeevi gave his nod for the remake of Tamil blockbuster film Vedhalam. Meher Ramesh worked on the script and made changes considering Megastar’s image in mind. The film was announced on Megastar Chiranjeevi’s birthday. The film is titled Bhola Shankar and it will have an official launch on November 11th in Hyderabad at 7:45 AM with a pooja ceremony. The regular shoot of the film begins on November 15th and a massive set is constructed for the shoot of Bhola Shankar.

The film is laced around sister sentiment and Keerthy Suresh plays Chiranjeevi’s sister in the film. Maha Swarasagar is the music director and AK Entertainments are the producers. The film is expected to have a theatrical release at the end of 2023. Chiranjeevi is done with the shoot of Acharya and he is shooting for God Father, the remake of Lucifer currently.