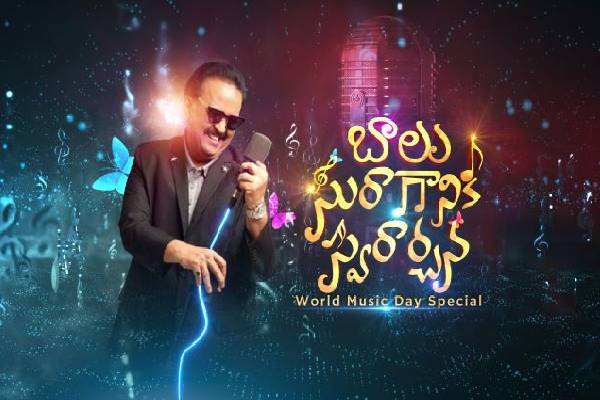 Leading singers of the Telugu music industry have come together to pay a tribute to the late legend SP Balasubrahmanyam.

Sailaja, who is the sister of the late legendary singer, tells IANS: “I am humbled to be part of this beautiful event, not only as his sister but also a person who strives to learn many things from him.”

“Charan (SP Balasubrahmanyam’s son) and I shared some memorable moments that we had with Balu garu and so did others at the event. It doesn’t surprise me how many lives he has touched with his music,” Sailaja added.

The special episode was shot to commemorate World Music Day and will soon air on Zee Telugu.